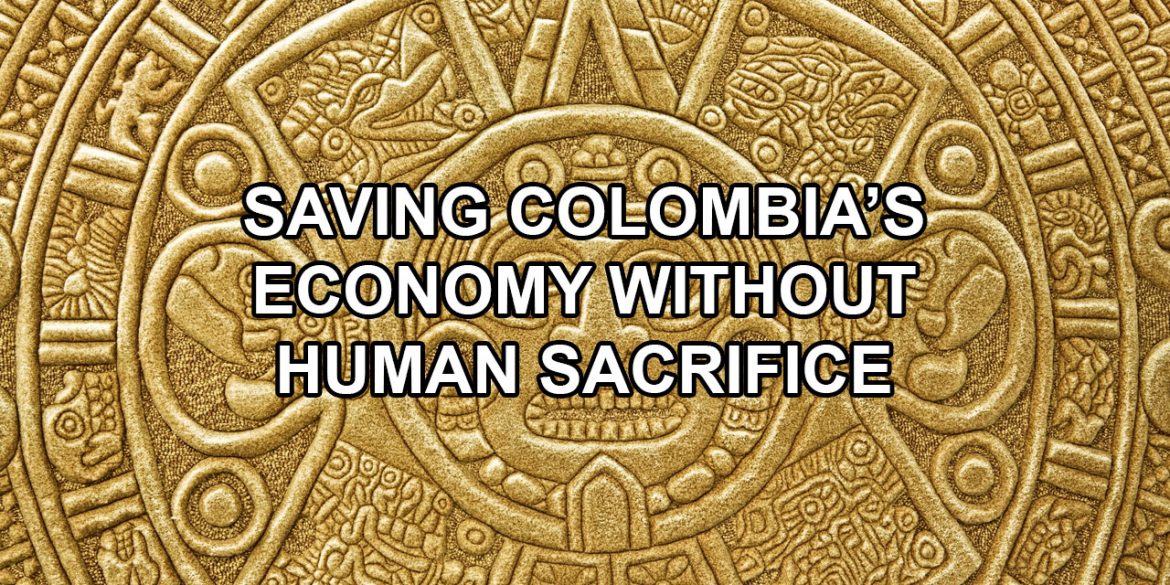 Colombia’s business associations are a threat to the economy

I am not an economist, but human sacrifice didn’t exactly work to save the Mayans just like it won’t work for us.

As a business owner whose enterprise is as much in trouble as that of the next guy, I am as anxious about my future as Fenalco and ANDI.

However, I draw the line if my business model requires human sacrifice or any other kind of human suffering, a moral code apparently foreign to the business associations.

Medical organizations and economists in Colombia have warned that opening the economy prematurely will have no positive effect on the economy, it will only end up killing people.

Thinking outside of traditional recipes, thinking collaboratively. We must find ways to be socially responsible that have as a principle the preservation of life.

In the worst case scenario, it will collapse society as a whole at which point there won’t be an economy at all.

How difficult this may be to accept, our future is in the hands of a pestilence we cannot control that has the potential of killing hundreds of thousands of Colombians and destroy society.

The current lockdown is nothing but a temporary measure that allows the government to buy time so it can reinforce the healthcare system and prevent mass deaths.

The economic effects of the lockdown are nothing compared with the global recession, the drop in global oil prices and the possible collapse of the Colombian State.

Once the healthcare system is equipped and we base decisions on adequate data, the economy can be reopened without killing people just to save a few companies whose future will remain uncertain, lockdown or not.

I believe that the business associations do not understand that no economy in the world has ever survived a pandemic without serious destruction.

Pandemics are like a million tornadoes making landfall all at once and completely unpredictable.  Pestilences have triggered the wipe-out of entire civilizations even, like the Mayans.

This pandemic is changing the entire world and is also going to open up new opportunities for us, for example, to become a leading country in this part of the hemisphere, in the area of agriculture. Food security today is at risk because there is food production in some countries, but there are no logistical chains, because transport is slowed down.

If we really want to save the economy, whatever that means, we must accept that this means letting go of businesses we have gotten accustomed to, like my life’s work for example.

Letting go of businesses is obviously going to cause a surge in unemployment, something we cannot prevent by arbitrarily opening a few businesses who are friendly with the government in complete disregard of the global economic reality.

Using the same instruments as those employed in past crises would make it impossible to channel resources towards the humanitarian emergency, the recovery of economic activity and the maintenance of social stability.

Like the Economic Commission on Latin America and the Caribbean said, old solutions are not going to work this time, the economy as we knew it is dead. We need to imagine an entire development model we have never ever considered.

But first, we must urgently prepare Colombia’s healthcare system, so we can reopen the economy as quickly as possible.

Sacrificing human beings is not going to contribute to Colombia’s economic recovery, thinking out of the box is.