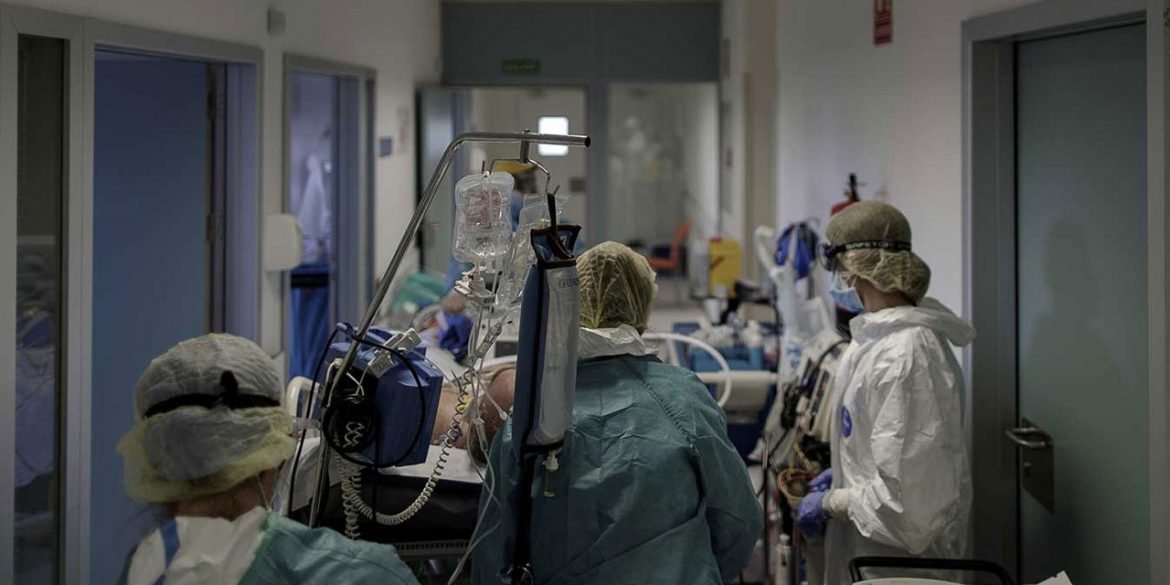 Health Minister Fernando Ruiz rushed to the city on Friday to deliver 99 intensive care units after a scolding from the Inspector General’s Office that reported more than 1,000 of the city’s health workers were either infected or in quarantine.

Inspector General runs out of patience

Health workers at the Cari Mental hospital said that, apart from the city’s chronic lack of personal protection equipment, they haven’t been paid for three months.

The situation represents serious risks for the guarantee of the public supply of health services in this region of the country, and demands immediate action to avert the associated epidemiological risks.

Carrillo gave Ruiz 48 hours to provide the city with the necessary equipment as 90% of their 446 ICU’s were full and the healthcare system was on the brink of collapse.

Despite the minister’s last-minute action, Barranquilla pulmonologist Jorge Luis Quintero said the collapse of the city’s healthcare system was more a matter of when than if.

We are at a point very close to collapse, we all know that we are on the verge of a calamitous situation.

Much of the city is militarized, but enforcing a lockdown is becoming increasingly difficult as hundreds of policemen have been infected and tensions with the locals are rising.

It is a tragedy what is happening in Barranquilla and Atlantico, with the reported number of infected and dead. The handling is wrong, militarizing the streets with soldiers and police and no social assistance, that is not the solution.

Ruiz refused to take responsibility for the crisis in the city whose almost 11,000 coronavirus infections represent 13% of cases in Colombia, but blamed the city’s residents for their lack of discipline.

Quintero contradicted the minister and said that multiple factors have brought the city’s healthcare system to the brink of collapse, including the government’s failure to deliver equipment.

We should consider that the problem of indiscipline is not the only one, it could also depend on the number of people per square meter, the number of comorbidities in the area. The same thing goes when the health system collapses and we don’t have the number of beds or care available. The moment the system is saturated you’re going to see dead people

At least 537 people have died in the city weeks ahead of the expected peak of the pandemic.

Instead of taking responsibility, the minister returned to Bogota and claimed the city’s citizens lack of discipline for the excessive number of COVID-19 cases while joining President Ivan Duque for his daily COVID Facebook broadcast.

Locals responded furiously, reminding the minister that the latest spike followed President Ivan Duque’s controversial plan to organize a tax-free shopping day in the middle of a pandemic.

Others said that nobody answered the emergency number while others said staying at home is impossible without food.

The Inspector General sent out another warning on Saturday after getting wind that inmates at the local prison and jails weren’t receiving any food.

Earlier in the week, the city was among multiple cities in the Caribbean region that suffered a blackout, further aggravating the situation in the hospitals.

While the situation in Barranquilla is among the most serious in the country, the Colombian Medical College warned on Friday that between 40% and 60% of medical personal throughout Colombia are suffering burnouts.

While Duque and Ruiz were pretending all was going well on Facebook, healthcare in the southwest of Colombia and the Pacific coast has all but collapsed and other cities on the Caribbean coast are in similar situations to Barranquilla.

Also the capital Bogota has declared a yellow alert and has warned that once its hospital capacity reaches 75%, the city will go on lockdown again, ending Duque’s utterly chaotic attempt to restart the economy while coronavirus cases are accelerating.