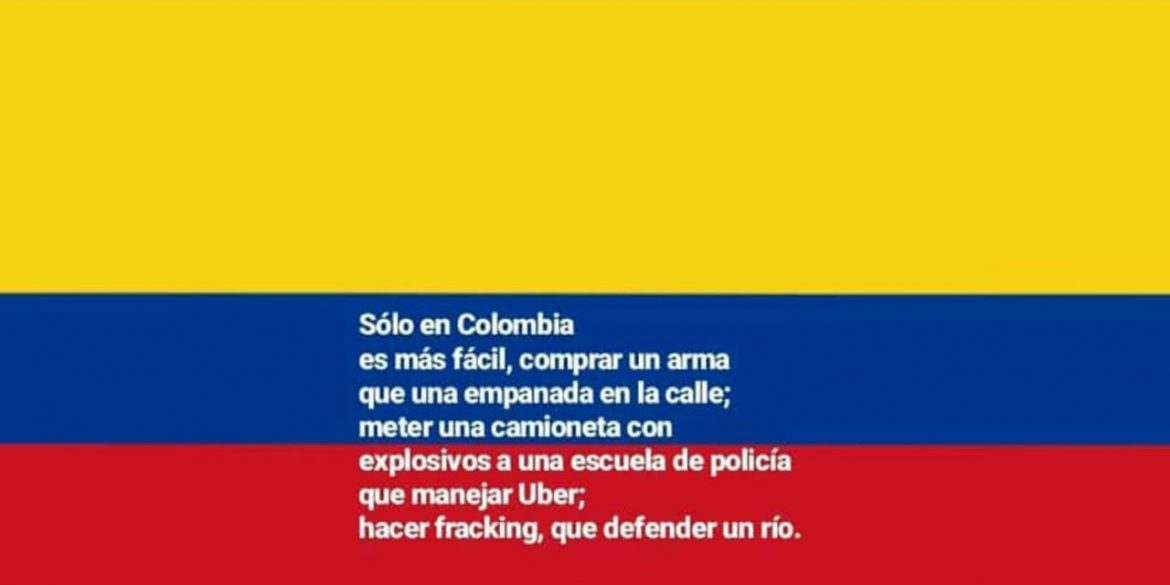 Public uproar about Bogota cops’ decision to fine a man for buying empanadas from a street vendor has escalated in Colombia, both in Congress and on the street.

The congressmen want police to immediately end fining citizens from street vendors of whom millions depend on their informal businesses to survive.

They were supported by Justice Minister Gloria Maria Borrero, who said the police was “erroneously” interpreting the police code on “promoting or facilitating the unduly use of public space.”

Following initial uproar over a $230 fine that was given to a Bogota man who had bought an empanada, police across Colombia went even further and have, often violently, removed vendors and artists from the street.

Citizens have responded with indignation and ridicule, often defending the workers and at times challenging the authority by posting images and videos of them eating empanadas in front of cops.

Police have tried to repress the resistance and acts of civil disobedience, which has led to absurd situations in the country where almost half of the working population has no formal employment.

Anonymous school boy who was then fined

The lawmakers who called the congressional debate want to know if the police is “illegally” fining people and demand the police “immediately” end imposing fines both on informal street vendors and artists.