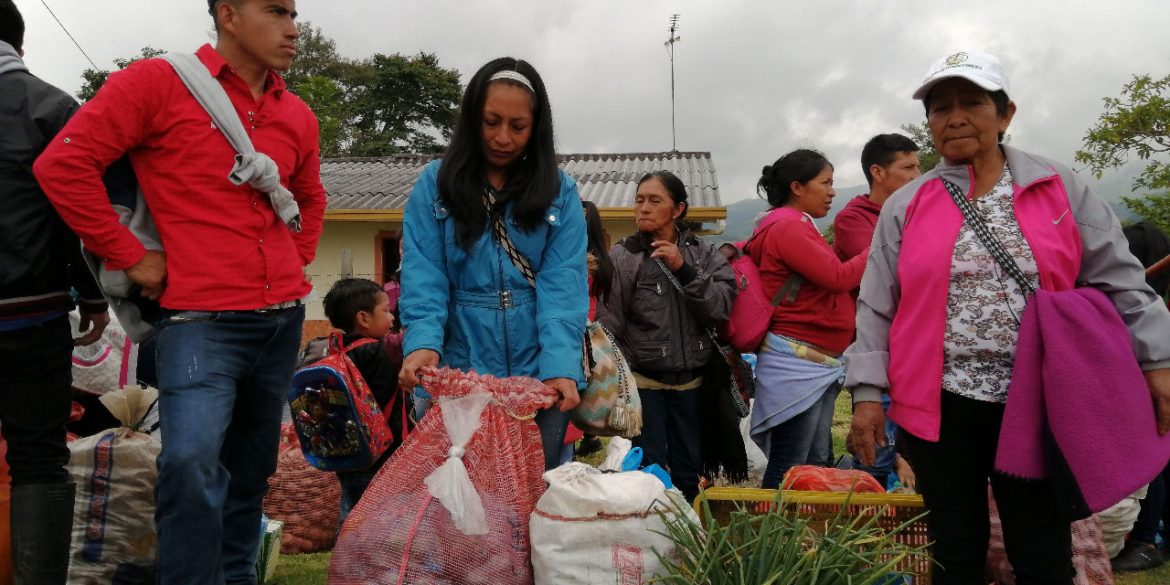 Colombia’s barter markets are crucial for the preservation of crops that are part of indigenous peoples’ diets, but were banned as a consequence of a free trade deal with the United States.

Last week’s barter market in the Cauca province was attended by as many as 600 indigenous traders and representatives of nine nations from the southwest of the country, according to regional indigenous council CRIC.

Barter markets like those in the Poblazon reserve are held throughout Colombia as indigenous peoples avoid the use of money in order to preserve their traditional food crops.

We seek to have new economies of our own where money is not fundamental, what counts is the product that is own and of excellent quality.

The tradition of bartering goes back to before the Spanish introduced money, but became crucial for native Colombians’ diet after a 2011 free trade deal with the United States.

The indigenous soon found out that no trade deal is free when the government banned the commercial use of non-patented seeds.

This blanket ban included endemic food crops that are part of the diet of indigenous communities’ diet who wouldn’t dare patent a seed they believe belongs to Mother Earth.

In order to preserve their diet and prevent the extinction of endemic crop species, indigenous nations throughout Colombia strengthened their bartering practices in response.

Had they not, their traditional food crops would have gone extinct.

If we have our own food and we keep our traditional food we can continue to resist and survive as peoples.

The barter markets have not just become a place where the native Colombians can exchange crops, but where ideas and knowledge are also considered a commodity.

Knowledge is exchanged between young people, children and the elders of the various shelters. Bartering is an economic force but it is also a spiritual accompaniment.

Ironically, the disastrous consequences of the trade deal with the Americans has boosted cross-country bartering practices and made Colombia’s indigenous less dependent of the money introduced by the Spanish.

Our parents and grandparents used to walk for many hours and even days, taking the products on horseback to go and exchange their seeds and crops with their friends and acquaintances from the cold or hot parts, now we have to continue doing it ourselves and teach our children the importance of bartering, as some young people do not know about this practice and even by car they do not like to go out and barter.

Meanwhile, Colombia’s government’s is missing out on tax revenue as the indigenous idea of free trade doesn’t involve money, and without money you can’t collect sales tax.