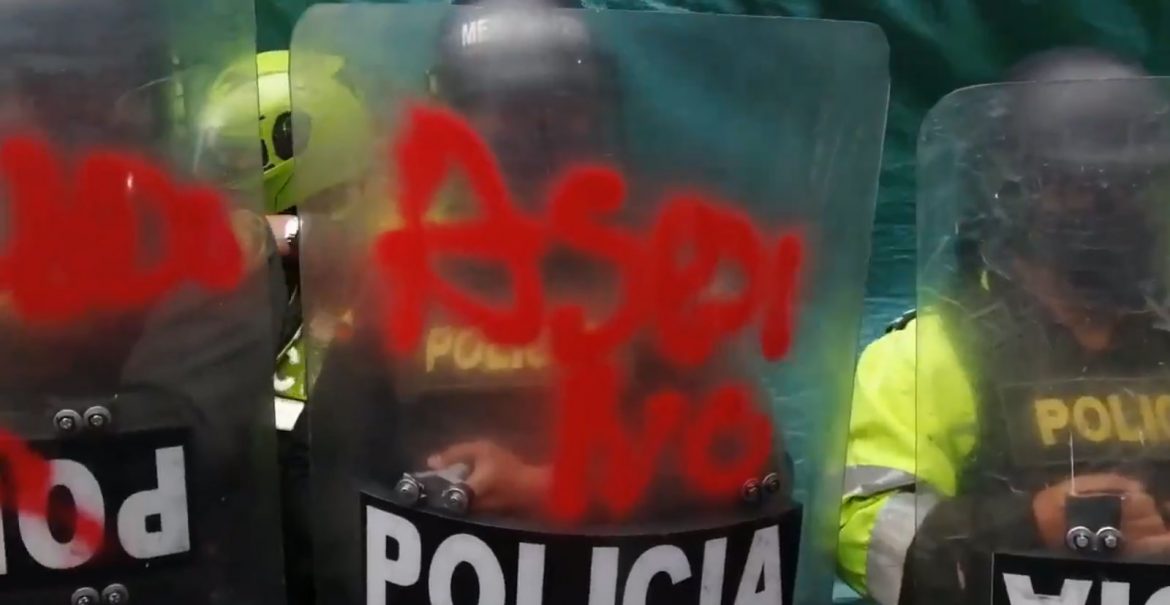 Police cracked down on protests against war and police brutality in Colombia’s capital Bogota after a day of peaceful marches throughout the country.

Tens of thousands of people took part in the protests that were organized by student organizations, labor unions and indigenous organizations in all of the country’s capital cities.

In Bogota, where mostly students took part in the marches, the protest was violently ended by police after the protesters had reached the central Bolivar Square and a handful of people attacked a unit of the controversial ESMAD riot police.

“A great number” of protesters were reportedly detained in the capital and taken away in police buses.

The protests that were mainly anti-war and against police violence were entirely peaceful until the incident at the square where people were shouting “why are you killing us” at police.

The situation in Bogota has been tense after police massacred at least 14 people in extremely violent attempts to quell protests earlier this month.

With the exception of Pasto, where a man allegedly lost his eye after an ESMAD attack, protests in other cities were peaceful.

In Barranquilla, protesters took down a billboard in support of far-right President Ivan Duque’s patron, former President Alvaro Uribe, whose party has been trying to stigmatize the protesters.

The protests were considerately smaller than those organized by the so-called National Strike Committee (CPN) in November when hundreds of thousands took to the street to protest against the government.

Also then, police in Bogota cracked down on the protests violently after attacks by infiltrators justified interference.

Last year’s protests were suspended for Christmas and supposed to resume earlier year. The outbreak of the coronavirus pandemic forced the organizers to call off earlier manifestations.

The CPN, with the support of the opposition, called for a new national strike day and peaceful protests after the Bogota Massacre and the violent protests in the capital earlier this month.