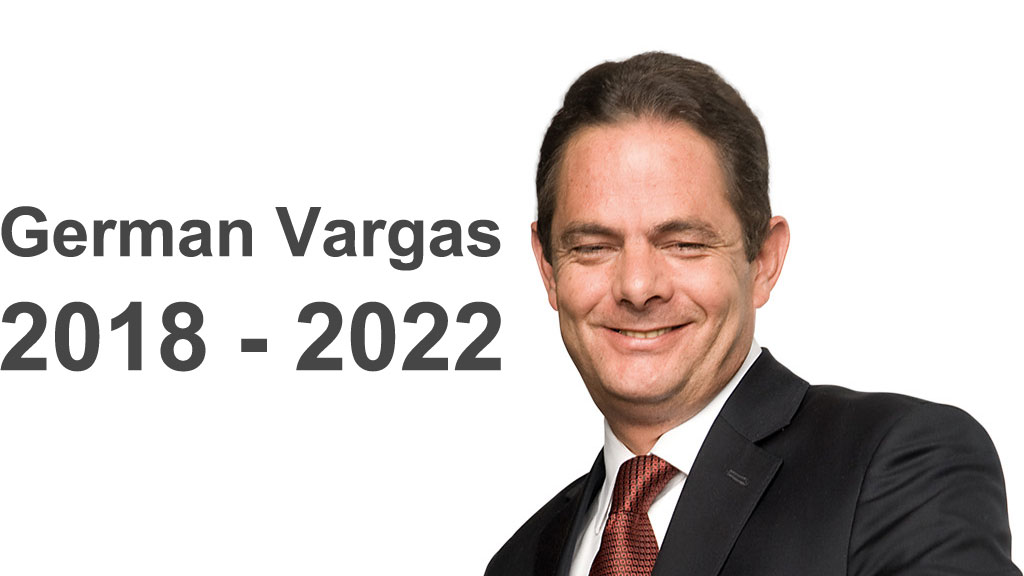 Colombia’s ambitious VP free to run for president in 2018

Colombia’s Vice-President German Vargas is free to run for president in 2018, in spite of congressional efforts to bar him because his position in power could harm the interests of other candidates.

Vargas, an ambitious dynasty politician, is widely rumored to seek to be elected to the country’s highest office when President Juan Manuel Santos steps down on August 7, 2018.

Colombian government seeks to reduce political power, except that of ambitious VP

Congress debated a proposal to prevent this, with senators claiming Vargas’ position as vice president would give him advantage over other candidates.

The proposal was a response to a clause included in the “Balance of Powers Reform” bill that would disallow governors and mayors from running for president, with the exception of the vice-president.

Why congressmen sought to bar the VP

This article determined that the serving vice president “may not be elected president for the period immediately following.”

Benedetti said the aim is to ensure the vice president cannot have advantage over their contenders, ensuring a real balance of power.

“The important thing is that we are the same in the eyes of the law and that we all have the same possibilities in whatever electoral aspiration,” Benedetti insisted.

Lopez labeled Vargas’ role in the construction of new reforms part of a political campaign, which he claimed is an unfair advantage for the politician in a subsequent election.

“It is not good that the vice president is executing his role whilst signing contracts and developing all kinds of political activities that give him an advantage over other candidates from other parties,” the Senator said.

“It is not fair to think that the vice president can resign just the year before when other candidates do not have that kind of advantage,” Lopez added.

Radical Change Senator German Varon rejected the seemingly personal proposal, insisting that “when we legislate, we do cannot do it against anyone in particular, but it must be to protect out institutions.”

“It seems absurd to me that a person who has demonstrated such reliability and commitment to the Colombian government ends up being punished in Congress,” Varon stated.

The final blow to the proposal was dealt by Uribe, the leader of the CD, who surprisingly turned against his own bench to defend the possibility of a sitting elected official to run for office.

Uribe’s intervention forced his party members to remove their support for the proposal, leaving it with insufficient support.