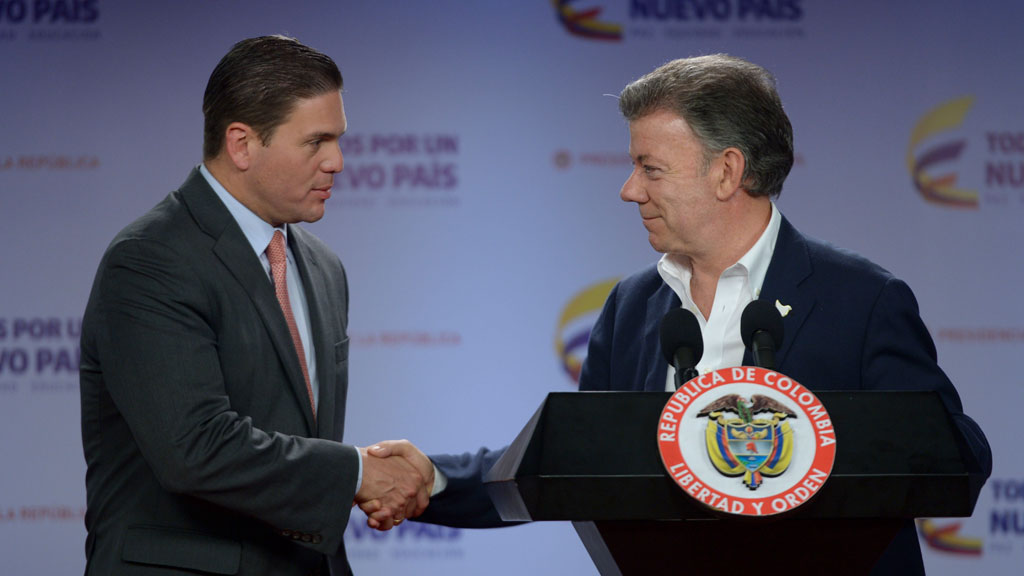 Colombia’s ambassador in the United States resigned on Friday in an apparent move to run for president in 2018.

Local media had been speculating for months that Ambassador Juan Carlos Pinzon, a former Defense Minister, aspired to become president in the 2018 election.

Pinzon has long been a loyal ally of current President Juan Manuel Santos, both in Bogota and in Washington DC.

While still in Washington, Santos told media that Pinzon had requested “that he wanted to resign before being disqualified” from running for public office next year.

Any public official seeking an elected office next year must resign before May 24, exactly a year before the first round of elections, according to Colombian electoral law.

Santos said “I will accept [Pinzon’s resignation] before that day in order not to disqualify him.”

The ambassador has done a great job and, of course, any official who wants to aspire to serve the country from a different office has every right to do so, and I would be the last to prevent this from happening.

Next year’s elections are going to be tense.

While politicians will be campaigning to run for Colombia’s highest office, a transitional justice tribunal and a truth commission will be seeking justice for the 8 million victims left by more than half a century of armed conflict between the country’s largest Marxist guerrilla group FARC and the government.

Many of the country’s politicians, particularly on the conservative end of Colombia’s political spectrum, have already been implicated in war crimes and could see campaign efforts be frustrated by the harsh reality of transitional justice.

After former President Alvaro Uribe in 2005 formalized the demobilization of the AUC, at the time the country’s largest paramilitary group, more than 50 congressmen were sent to prison, including the president’s cousin.

This time around, the former president could find himself in a court bench over the thousands of civilian killings carried out under his watch.