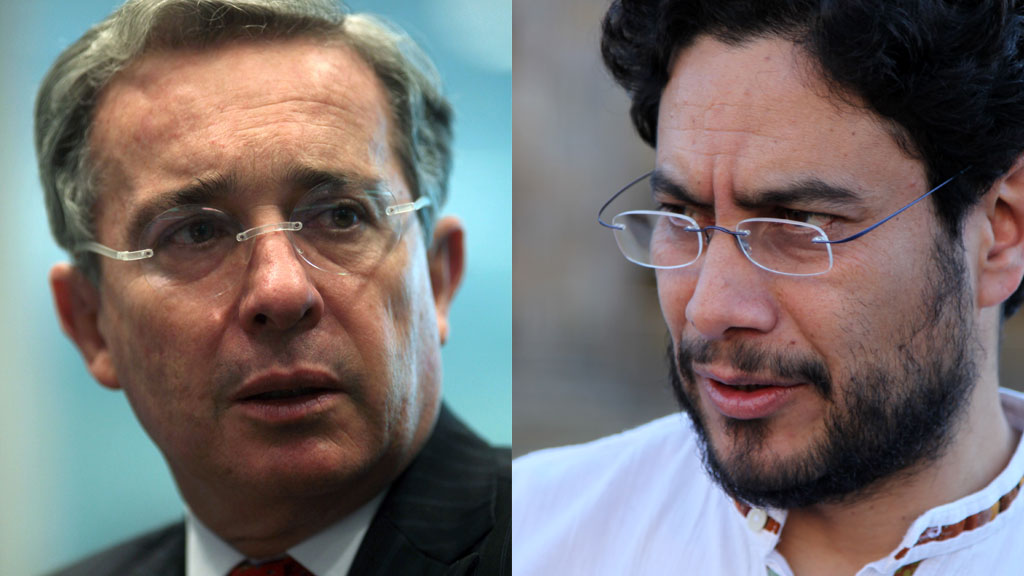 Cepeda, a member of the leftist opposition Democratic Pole party, is being investigated by the State Council for naming and shaming now-Senator Uribe in a debate about the latter’s controversial political past, and alleged ties to both drug traffickers and right-wing paramilitary death squads.

The opposition senator has been one of Uribe’s most vociferous critics since taking seat in the House in 2006 and called for a debate over Uribe’s alleged criminal dealings after both were elected to the Senate earlier this year.

The art of not mentioning the subject

Congress eventually allowed the debate in September, but curiously ordered Cepeda not to explicitly mention Uribe, the subject of the debate.

The opposition senator ignored this order and spent his speaking time in the debate to go over evidence that would link Uribe to collaboration schemes with Pablo Escobar’s Medellin Cartel in the 1980s and 1990s, and the AUC in the 1990s and 2000s.

Most of the evidence surrendered to Congress had previously appeared in a book about Uribe by Cepeda, whose father was a senator for the Communist Patriotic Union party killed by the paramilitaries in the 1990s.

Uribe and his supporters were infuriated by the debate and Cepeda’s ignoring of the restrictions, and in turn accused a wide range of politicians, including President Juan Manuel Santos, of having ties to drug traffickers.

The exchange of allegations led to a series of lawsuits, one of which was the petition to impeach Cepeda at the State Council, filed by the Uribe-loyal think tank First Colombia.

First Colombia director Fernando Alameda told weekly Semana that the petition for impeachment is based on the plaintiffs’ opinion that Cepeda should have been formally impeded from talking in the debate as he was already facing slander lawsuits about his persistent opposition to the former President.

The high court on Friday announced it would accept the petition and study the possible removal from Congress of Cepeda, one of the most important leftist thought leaders in Colombia.

While Uribe-loyalists applauded the State Council decision, leftist forces united to reject the process that could lead to the political exclusion of one of the country’s most influential leftists.

Democratic Pole president Clara Lopez said the “use of the Council of State through an unjustified petition” is “a new attempt to silence the voice of this valuable congressman.”

Supporters of Cepeda, who has represented victims of state violence since the 1980s, announced a virtual mobilization on Twitter for Monday.

Cepeda himself said he was confident about the outcome of the lawsuit, saying on Twitter that “nothing will make me give up the search for truth.”