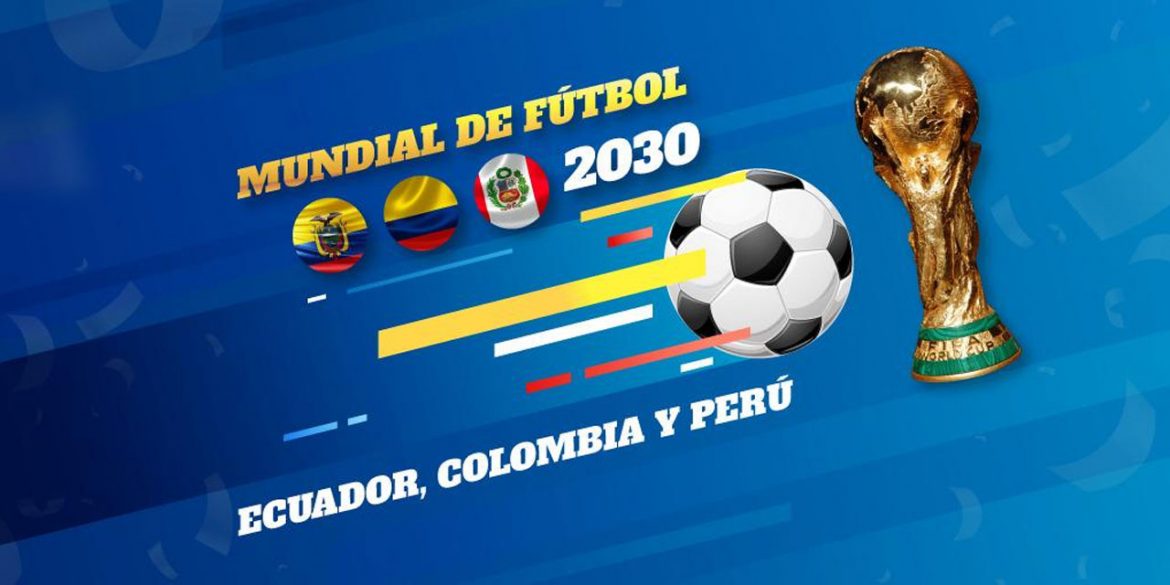 Colombia wants to host 2030 World Cup with Peru and Ecuador

Colombia’s President Ivan Duque announced on Saturday that he agreed to host to 2030 World Cup in a joint bid with neighbors Peru and Ecuador.

According to Ecuadorean President Lenin Moreno, he coined the idea last week when the presidents were meeting for a regional summit that sought regional measures to preserve the Amazon forest.

Duque said that the weekend surged weeks earlier when he met with Moreno and was proposed to his Peruvian counterpart Martin Vizcarra when they met two weeks ago.

According to the Colombian President, “Vizacarra told me that 2030 is very important because it’s the 100th anniversary of the World Cup football.”

“They asked me if I agreed to host the event and of course we accepted that proposal,” Duque said.

It won’t be easy competition, because it will be with countries that have a tradition and have powerful sports structure. But we are going to present ourselves with all the determination.

Among the competition could be European football giant England, which has also expressed interest in holding the 2030 World Cup.

In their attempt to beat its competitors, the three countries’ governments and football federations will begin preparing their bid to host one of the world’s most important sports events.

Duque will seek the support of regional football federation Conmebol when its president, Alejandro Dominguez from Paraguay, will visit Colombia later this month.

Meanwhile, “I have given the instruction to Dr. Ernesto Lucena so that we formalize that request, so that Colombia with the Andean countries make that proposal,” said Duque at one of his weekly community meetings.

Whether the three countries make much of a chance remains to be seen; organizing the World Coup requires major investments and the Andean countries’ big could be hindered by the altitude of of some of their biggest stadiums.

Colombia was granted the bid to hold the World Cup in 1982, but withdrew after former President Belisario Betancur claimed his country was unable to comply with the demands of world soccer federation FIFA.