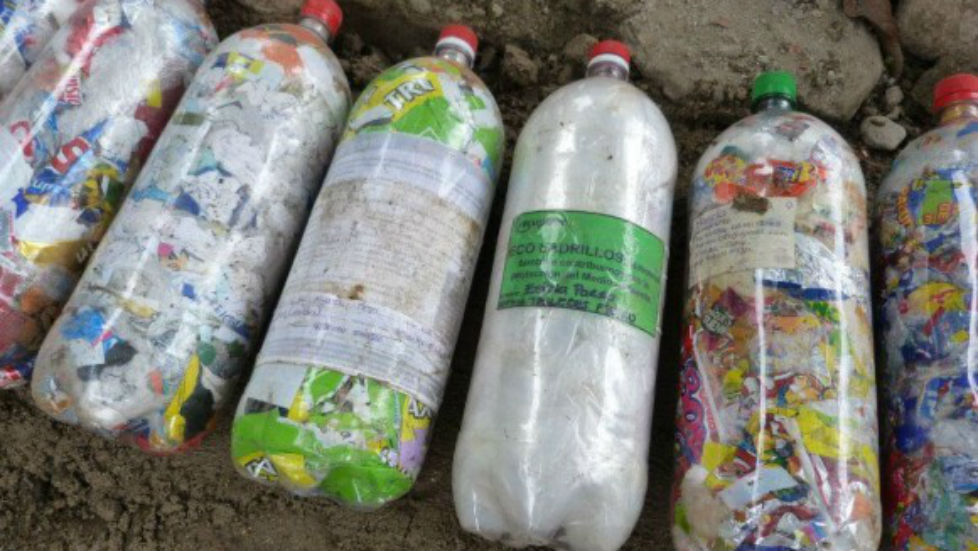 A university from Colombia has received a patent for an inventing a machine that allows the creation of cheap and eco-friendly bricks which could aid the poor to build better homes, reported El Colombiano newspaper.

The invention of a manual device to stuff waste plastics into plastic bottles will make for more efficient production of so-called eco-bricks, or stuffed plastic bottles.

Many of the cities’ poor rely on this building material made from free waste material for building cheap housing.

The patent for the device was awarded by the Superintendency of Industry and Commerce after two years of research from three professors and two students from the University of Medellin. 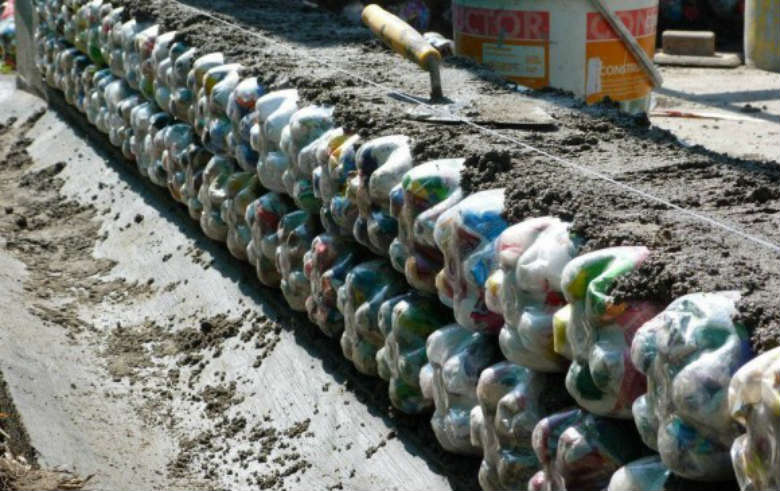 While the use of stuffed plastic bottles for the construction of houses is not necessarily a new thing, the device created by the researchers will make production much easier. 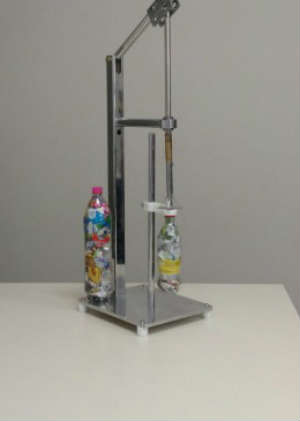 The machine automates filling the bottle.

The device unfolds four arms inside the bottle that allow more than 50 plastic bags to be packed inside. This pressure is generated by means of a lever that distributes the forces better. The machine does not use electricity but it is mechanical, it is manually operated.

“We know it’s faster and you can achieve better compaction, but we still have to define all those values ​​accurately,” he added.

The extendable arms provide the operator with the facility to use bottles ranging in size from 250ml to 3 litres and the benefits include a major saving on time and importantly the standardization of the bricks.

While the exact values of resistance, speed and other variables have not yet been clearly defined yet, student Santiago Saldarriaga expects the time to be reduced by half with considerably less effort being expended.

The cost of manufacturing the prototype came to approximately $3,900  with the additional research costs and legal cost for filing the patent almost doubling the cost of the project.

The invention on the part of the university researchers illustrates the ongoing efforts by the city to be at the center of innovation following international recognition in 2012.

According to El Colombiano, Medellin and its metropolitan area generate 3,055 metric tons of garbage every day, almost half of it not organic.

With an estimated 3,600 informal garbage collectors working across the city, the potential to put this brick-making machine to work is huge.

Environmental engineer Catalina Hernandez praised the work of the researchers and encouraged them to promote the use of the device in Medellin’s vulnerable communities.

“They are alternatives to recycling. The sustainability of the territory is measured by the implementation of this type of initiatives,” she said.

While Professor Luna explained that the project has worked to build some doll houses in kindergartens, the goal now is to expand and have wider social impact.

“Our goal now is not to leave the prototype saved, improve it and participate in processes with interested companies,” he concluded.