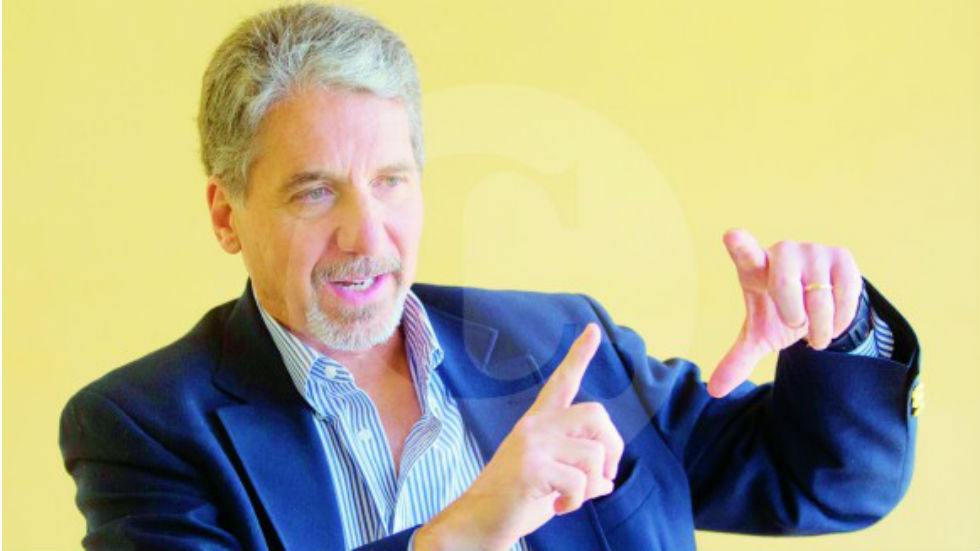 Colombia turning into another Venezuela is ‘impossible’: US ambassador

The US ambassador to Colombia rejected any suggestions that the South American nation could end up similar to it’s neighbor Venezuela, in an interview with newspaper El Colombiano.

A recent poll carried out by local media organizations revealed that over 50% of Colombians fear that the country is at risk of turning into Venezuela at some point in the future, an idea that Kevin Whitaker completely dismissed.

“Impossible. I also served in Venezuela, I know it well,  it’s problems, it’s people. You are different. That will never happen here, ever. I have no doubt about that,” said the official.

Why does over half of Colombia ignore facts believing the country is turning into Venezuela?

The risk of turning into a “Castro-Chavez state” is a political talking point of hard-right former President Alvaro Uribe‘s Democratic Center political party, infamous for misinforming the public in its opposition to peace with the FARC.

Actually, the former President Uribe made up the term “Castro-Chavezism” with the express aim of planting fear among the public in order to rally opposition to Colombia’s historic peace deal.

The supposed threat propagated by the former president is that if the FARC is allowed to enter politics peacefully and stolen land is returned to victims of the armed conflict, Colombia is going turn into Venezuela.

Whitaker however, believes that the situation in Colombia is uniquely different and a brighter future lies ahead for the nation.

There are very important factors in that of institutionality. The responsibility of leadership. We spoke about the polarization that exists in the country. It is very important to respond to that: polarization, demonization of the opponent, is very dangerous. In the background with Chavez in Venezuela, it was not a matter of left or right. It was populism. And you, all Colombians, can look for a better future.”

US ambassador to Colombia Kevin Whitaker

Despite the misinformation that was spread by Uribe-led opposition before a public rejection of the peace deal with the FARC rebels, which Senator Juan Carlos Velez admitted to  La Republica newspaper, the US ambassador spoke highly of the former president.

When asked about his dialogue with Uribe, Whitaker claimed he understands him “very well,” praising the influence of the current Democratic Center senator during his time in presidential office.

“I believe that without his leadership as president, Colombia would be a very different country,” said the ambassador.

Given the vast differences between the conditions that gave rise to the so-called “Bolivarian Revolution” in Venezuela and the conditions Colombia finds itself in at the current moment, there is no evidence or indication to substantiate claims that the Colombian state will follow a similar route as Venezuela.

Both Colombia and Venezuela emerged — along with Ecuador — in 1830 from the collapse of Simon Bolivar’s Gran Colombia. Since then the countries have followed significantly different trajectories.

As Semana magazine pointed out, when Chavez was elected, Venezuela had nearly 300 billion barrels of oil, with petroleum accounting for more than 50% of the country’s GDP and roughly 95% of total exports. Due to the massive rise in global oil prices over Chavez’s tenure, his government received a jaw-dropping cash injection to the tune of $1 trillion in extra revenue between 1999 and 2014.

Combining this unprecedented government treasure trove with his charismatic personality, Chavez was able to cultivate fierce public loyalty through generous gifts to the poor for food, health, education and housing.

Colombia, on the other hand, has more diversified economy with nowhere near the oil reserves of its neighbor to the east. The chance of a populist leader coming into power to enact ambitious Venezuela-like social programs, buy out the people’s loyalty and undermine democratic institutions is extremely unlikely.

Colombian President Juan Manuel Santos has made extensive efforts to avoid an escalation of tensions, particularly because of the neighbor’s support for ongoing peace talks with Marxist ELN and FARC rebels that are sympathetic to the “Bolivarian” government in Caracas.

At the same time, the head of state is pressured by the conservative opposition that considers Maduro a dictator and has aligned with Venezuela’s opposition and on numerous occasions.