Colombia to kick off congressional year with cocaine decriminalization bill

Colombia’s opposition decided to make politics interesting by introducing a bill that seeks to end the war on drugs by decriminalizing cocaine and regulating its production.

The bill is sponsored by Senators Feliciano Valencia, an indigenous leader, and centrist Senator Ivan Marulanda, and seeks legislation on cocaine similar to American marijuana laws.

The cocaine regulation bill is part of a package introduced by members of the the leftist opposition and the centrist voting block last year to end the so-called war on drugs, and implement effective counternarcotics strategies and policies to curb drug abuse. 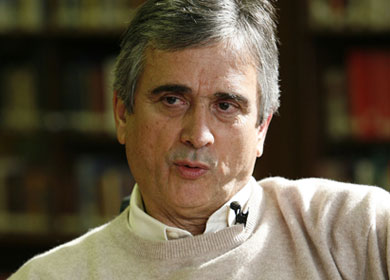 The cocaine regulation bill seeks strict state control over the cultivation of coca and the production of cocaine, which is currently controlled by illegal armed groups and drug trafficking organizations.

While the bill does not rule out the legal export of cocaine for scientific purposes, it mainly intends to cut the finances of drug trafficking organizations and illegal armed groups like the ELN, Marulanda told newspaper El Tiempo.

This bill is part of the fight against drug trafficking because it is about getting rid of those mafias that profit from it, destroying the Colombian people along the way.

The senior Green Alliance senator stressed he considers himself a victim of the war on drugs and drug trafficking alike as he lost close political allies like former Justice Minister Rodrigo Lara and Liberal Party dissident Luis Carlos Galan, who were killed by the Medellin Cartel in the 1980’s.

The control over coca cultivation and cocaine production by mafias and illegal armed groups exposes Colombian society “to all kinds of risks, because they will seek their profit regardless of legal and moral limits.”

The state assuming this control would destroy what has become an entire illegal economy and allow the scientific investigation of both coca and cocaine for their medicinal properties both in Colombia and abroad.

To curb cocaine dependency, the bill seeks to regulate the sale of cocaine by allowing adults to register as a consumer and, with the permission of a physician, allow them to buy a gram of cocaine per week from licensed cocaine sellers.

Opposition to be considerable 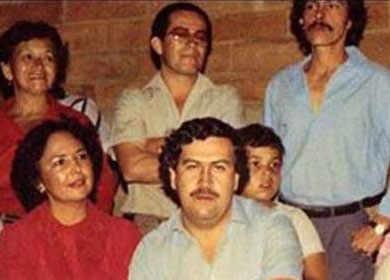 While there is relatively broad consensus in Colombia that repressive strategies to curb drug use and international drug trafficking have failed, the approval of the bill is likely to cause opposition, both in Colombia and from the United States, which has been able to increase regional influence through the war on drugs.

In Colombia, the fiercest opposition comes from Duque’s far-right Democratic Center (CD) party, which is led by former President Alvaro Uribe, who has been tied to drug trafficking since the early days of the Medellin Cartel.

According to CD Senator Jose Obdulio Gaviria, a cousin of late drug lord Pablo Escobar, the CD would “fully oppose” the legalization of cocaine, the drug that partly financed Duque’s 2018 election, according to evidence investigated by the Supreme Court and the prosecution.

Gaviria told El Tiempo his party would oppose the bill “above all for geopolitical reasons.” According to Escobar’s cousin, “Colombia cannot become a pariah country.”

Senator Rodrigo Lara, the son of the assassinated justice minister, told the newspaper that he did not oppose the decriminalization of cocaine, but considered the proposal nonviable without international support.

This regulation will come at some point, but the problem is that legalizing cocaine cannot be a unilateral decision by Colombia, there should be a factor of diplomatic integration; in the meantime, we have no alternative other than to combat criminal groups.

Influential counternarcotics expert Daniel Rico told El Tiempo that the decriminalization of cocaine would have an impact on organized crime groups’ finances, but would unlikely deal a major blow to these organizations because of their ability to switch to different criminal activities.