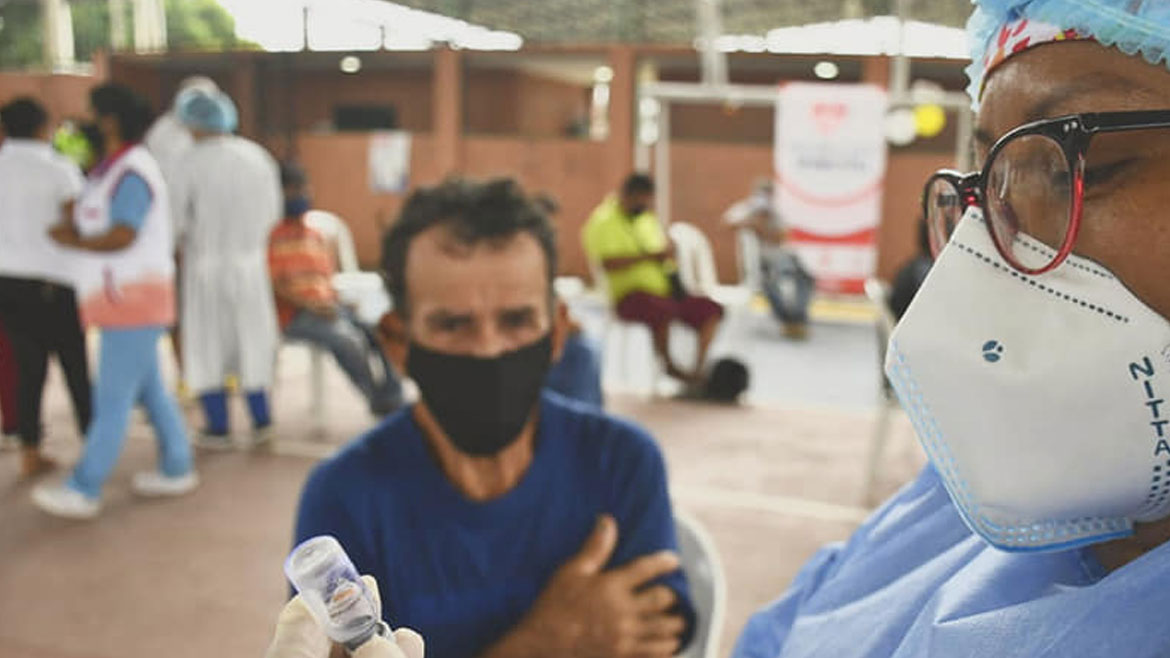 Colombia’s national government announced tougher measures on Monday after reporting the highest number of COVID-19 deaths since the beginning of the pandemic.

The government of President Ivan Duque ordered local authorities to impose lockdowns at night and during the weekend, and mobility restrictions on weekdays if more than half of their intensive care units (ICU’s) are occupied.

The strict measures followed the Health Ministry’s daily update in which it reported 420 deaths in just 24 hours, the highest number since the coronavirus was first confirmed.

More than 68.700 people have died of COVID-19 in Colombia since February last year, according to the ministry.

For the first time in weeks, the Health Ministry reported a drop in active cases that have saturated hospitals throughout the country.

The most recent surge in infections has been attributed to the arrival of more infectious strains of the coronavirus originating in Brazil, the United Kingdom and South Africa.

The curfew and mobility restrictions will take force in the capital Bogota and 12 regional capitals.

In cities where more than 85% of the ICU’s designated for COVID-19 patients are occupied, local authorities will also be forced to limit access to public transport.

Bogota’s Health Secretary said Tuesday that it would be able to keep its public transport system open, unlike authorities in Medellin, Cali, Barranquilla, Valledupar and Santa Marta.

The capital’s health secretary reported on Wednesday morning that 85.9% of Bogota’s ICU’s for COVID-19 were occupied, however.

The unprecedented vaccination drive has been bogged down by delays in the delivery of vaccine shots by foreign pharmaceutical companies and domestic distribution woes.

Bogota’s health secretary said that the arrival of a new batch of the Chinese Sinovac vaccine allowed hospitals to resume the vaccination of people who received their first of two shots.

The health secretary of the northern Atlantico province said that it had run out of Pfizer vaccines, impeding the vaccination of people who are 65 and older.