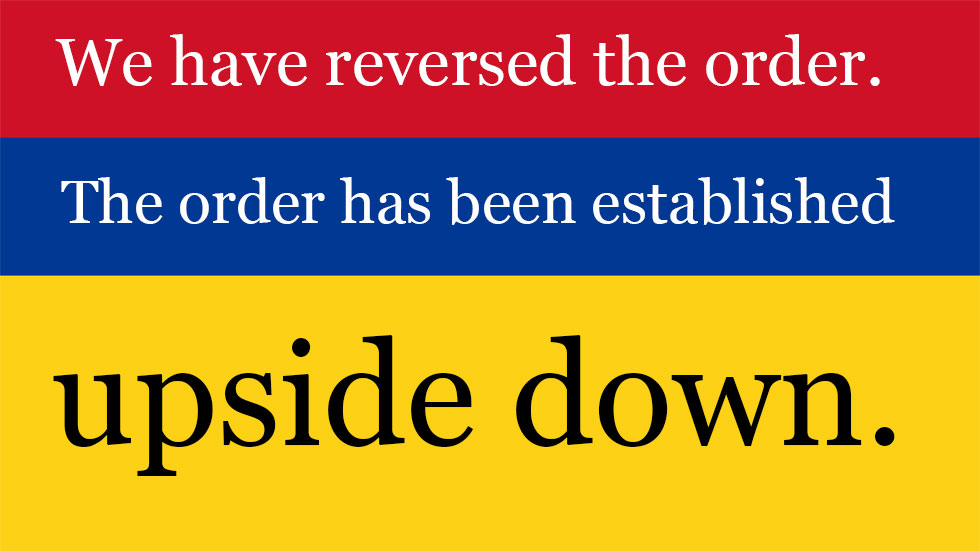 With elections approaching, Colombia’s society must take ownership of the public debate and stop allowing its structurally corrupt ruling class to distort it for their personal benefit.

Colombia’s public debate has been dominated by a clash between former President Alvaro Uribe and another member of the country’s ruling class, columnist and publisher Daniel Samper, for almost a week already.

Common political issues like the economy, public safety and unemployment have been pushed off the public agenda to make place for what essentially is a feud between two members of rival elites, the Bogota liberals and Medellin’s hard right conservatives.

The ruling class’ kidnapping of the public agenda is no novelty. In fact, I tried to address it in a column early this year.

The late Jaime Garzon, one of the country’s most revered journalists and satirists also tried to address it 20 years ago already, a year before he was assassinated in 1998.

Garzon argued that this reversed order in regards to the political and the public agenda was one of the structural problems holding the country back.

There is an anti-logic when it comes to order. We elect public officials. A public servant is supposed to serve the public and we end up paying tribute to them, we all end up serving them. This is absurd.

The country is like a big farm where we all live and constitutionally we have the right to a name, a nationality and we own our sovereignty. We decide what to do with this territory. So, we elect a caretaker, we hold a public election and we elect one so he makes sure that the cow produces more meat, that the chicken lays more eggs, that oil is profitable. Then, they steal the chicken, kill the eggs and kill the cow. And we Colombians are like “hehehe.”

Why don’t we take ownership of this? There is no culture of ownership. We open the car window and throw out a paper wrap “because it ain’t mine anyway.” So, if one says: “Brothers, we need to start transforming the country” and they say “the thing is there are no leaders.” You, what are you waiting for? That they come to solve the problem that is ourselves? If you, young people, don’t assume the direction of your own country, nobody will come and save you, nobody, nobody.

The problem of us Colombians is that we do not have a collective conscience. We assume an accommodating and individualistic position to life. “The problem is mine, I save myself and the hell with the rest.”

So, how to do it? Well, brother, start by being civic at least. Political activity is a duty of us all. Public welfare is a common commitment.

Because if we continue this way, the way that has always failed, they, those of that class will believe we should continue to pay them tribute like our indigenous ancestors paid tribute to the Spanish because they came in warships and on horses.

Could it be possible that the national crisis comes from there? From those who caused it? Could that be a possibility?

“Could you please install my phone?” That’s his obligation! From your taxes comes the money so the guy has cash for a car, bodyguards, private security AND a salary to install your phone.

It shouldn’t be like “Ah, will you do me a favor, councilor? I will see if I can get you some votes and you return the favor?” We have reversed the order. The order has been established upside down.

We’ve swallowed the ideas of the media without knowing what ultimately is the agenda of each of them. What do they propose? That pearl of a corrupt class that governs us. They will sell us everything, they ram it down our throats and our stomachs, through television, billboards. “Noemi is super interesting, vote Noemi. Noemi is the best” and one is like “ah, must be” and votes. “Alvaro Uribe is the best! Alvaro! Alvaro Uribe, yadda yadda yadda.”

We, Colombians, must learn to ask ourselves: “What is is that WE need,” you see? We need to take ownership. I believe it is extremely important you take ownership. We do nothing but continue to fail like this with the discussions imposed by that class.

What I am saying is that if we don’t react and use our vote, they’ll just impose some other guy.

First, if you, young people, do not react and do not assume control of your own country with the tools given by the constitution, for example your vote, if you don’t use that tool for the good of us all, we may as well close up and leave.

Second, our constitution’s article 12 says, embarrassingly, “No one will be subjected to forced sequestration, torture, cruel, inhuman, or degrading treatment or punishment.” Imagine that, that the constitution of a country says that. That’s like arriving at someone’s home for a visit and they say “please don’t sleep with the tablecloth” and you’re like “Wow, those living here sure are something else.”

You want to know how the indigenous translated that one?

“Part ten two: Nobody may impose their will on anyone, nor harm another person even though they may believe or say differently.”

If we take ownership of that article, we can save the country, or at least leave a nicer country to our children.

Those words were spoken 20 years ago, but Colombian society still allows exactly the same families, in this case again the Samper and the Uribe families, to dictate the public debate and impose their will on the public.

We’re twenty years ahead and Colombia, shamefully, is having the same discussion dictated by the same families as in nineteen ninety fucking seven, the year British Princess Diana died in a car crash in Paris.

Britain is a monarchy, but Colombia is a republic. Nevertheless, the public is still serving the interests of the same families who have done absolutely nothing for the good of the country or its people.

Colombia’s oil is almost up. Unemployment is rampant. It’s 2017 and children are dying of hunger because the ruling class is stealing child welfare funds. The healthcare system and the justice system are on the border of collapse. Shouldn’t politicians and prominent columnists be talking about that?

We must talk back to the media to stop enabling politicians to impose their agenda on that of the public and do what they are supposed to do, put the public agenda on the political agenda.

We must reject or even disrupt politicians trying to dictate what we talk about. What do we care what Uribe calls Samper or the other way around? Are their debates about our problems and challenges? Do they even correspond to our realities? I don’t think so.

Colombia can keep its hands in its pockets for another 20 years or it can assume control of its own destiny in next year’s elections. You and I must actively promote and propagate the latter.