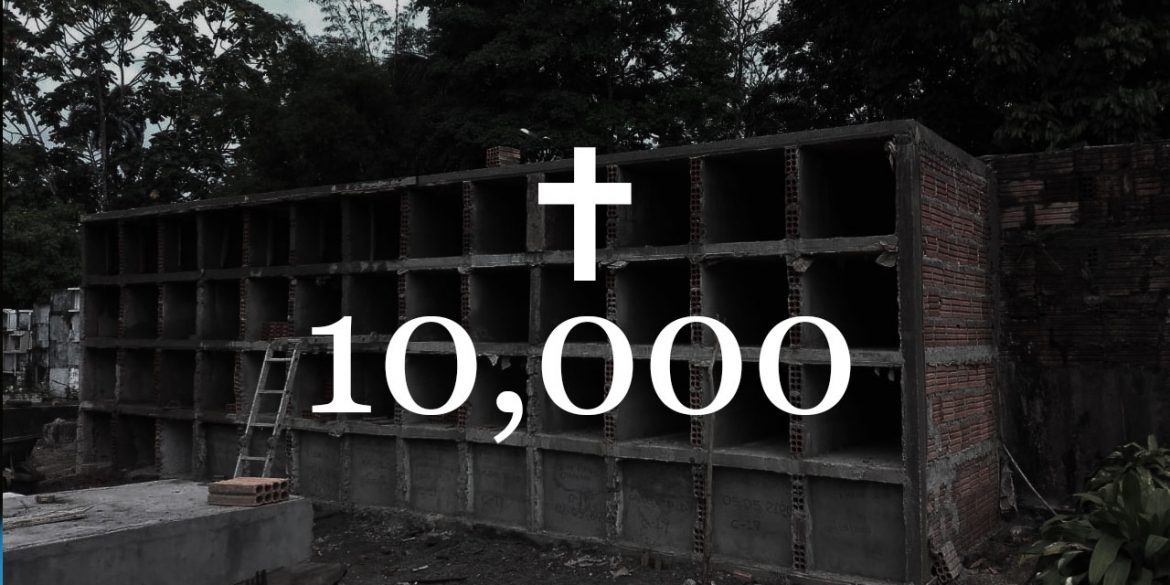 More than 10,000 people in Colombia have died of COVID-19, the National Health Institute (INS) announced as the pandemic has gone out of control and is causing carnage.

Half of the deaths attributed to the pandemic fell in the past three weeks as the government of President Ivan Duque has completely lost control of the situation.

Medical personnel are desperately trying to save lives and healthcare organization are urging for a lockdown to regain control over the spread of the virus and prevent further hospital collapses.

Duque and his health minister, Fernando Ruiz, are equally desperate to negate the human cost of their failing economic reactivation plans.

A day after the INS reported a number of 380 deaths, another 295 Colombians lost their lives, according to the healthcare authority that is reportedly not testing people who die before diagnosis.

A quarter of the 35,990 test results that returned on Friday, 9,488 to be precise, were positive, indicating that the real number of infections could be several times higher than the confirmed 295,508 infections.

The pandemic is hitting the capital Bogota, which has some 7 million inhabitants, particularly hard. One third of all confirmed infections were registered in the capital where hospitals reached their maximum capacity last week already.

The acting governor of Antioquia, who declared a red alert on Thursday, was hospitalized on Friday in Medellin where hospitals are also close to saturating.

In Cali, the country’s third largest city, hospitals are full.

Colombia’s medical community reiterated its call on Congress to immediately implement an Emergency Basic Income that would allow a second lockdown without condemning the country’s poor to starvation.

The vice-president of Colombia’s Medical Federation blasted (FMC) the government’s rushed reopening of the economy the healthcare organizations blame for the virus having gone out of control.

Only by flattening the COVID-19 transmission curve will the economies of Latin America and the Caribbean be able to be reactivated, warns a joint report by two UN regional agencies.

The Bogota Medical College (CMB) denounced healthcare intermediaries for still not providing doctors and nurses with the necessary personal protection equipment that would allow them to responsibly treat COVID-19 patients.

According to CMB president Herman Bedoya, more than 4,500 healthcare workers have been infected by the coronavirus so far, decreasing the healthcare system’s capacity to confront the pandemic.