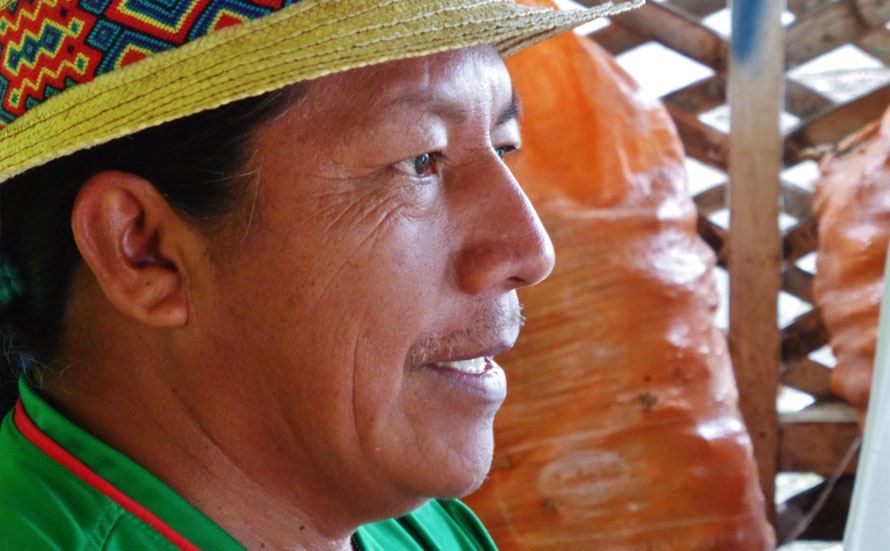 Colombia’s Supreme Court nullified an 18-year sentence imposed on one of the country’s most renowned indigenous leaders for the retention and flogging a Colombian soldier who had illegally entered their territory in 2008.

The Supreme Court ruling ends authorities’ 10-year attempts to have indigenous leader Feliciano Valencia punished for the incident in which guards of his indigenous tribe detained, caged and flogged a soldier, according to constitutionally allowed indigenous law.

The Superior Tribunal of Popayan sentenced the indigenous leader to 18 years in prison on kidnapping charges in 2015, a sentence he was allowed to sit out in his nation’s territory in the war-torn Cauca province in the southwest of the country.

According to the prosecutor in Cauca, “men with covered faces holding batons and machetes, accosted the third corporal of the army, Jairo Danilo Chaparral Santiago, and forced him in to a van. In the presence of 400 indigenous people, they beat him and then moved him to a town council building where he was put in a guarded cage, tied up and blindfolded.”

Indigenous guards often cover their faces to avoid violent repercussions by actors in the armed conflict or drug traffickers.

The Supreme Court, however, dismissed that argument, sustaining the soldier had falsely accused the indigenous of being guerrillas and “did not just try to enter their territory, but failed to identify himself adequately and was carrying war equipment in an offense against the harmony of this community.”

Valencia, his Nasa people and Colombia’s national indigenous organization ONIC celebrated the ruling after a decade of legal battles and death threats.

The National Indigenous Organization of Colombia – ONIC, celebrates the decision of the Honorable Supreme Court today, granting Freedom to our comrade Feliciano Valencia Medina, by declaring the acquittal for the crime of kidnapping as condemned by the Common Court of Popayán on September 10, 2015.

Colombia’s multiple indigenous nations have a limited level of autonomy over their territory, according to Constitutional law.

The indigenous nations have declared themselves neutral in Colombia’s ongoing armed conflict between the state, and illegal guerrilla and paramilitary groups, disallowing the entry of any actor in the conflict.

Notwithstanding, their neutrality has frequently been violated by all armed actors as their remote territories often lie in Colombia’s regions most affected by war and drug trafficking.

How and why the soldier got caught, caged and flogged

The Supreme Court court ruling regarded a 2008 incident after guards of Valencia’s Nasa nation, located in the southwest of Colombia, detained a Colombian soldier dressed in civilian inside their territory during a protest against their unwilling implication in the conflict. 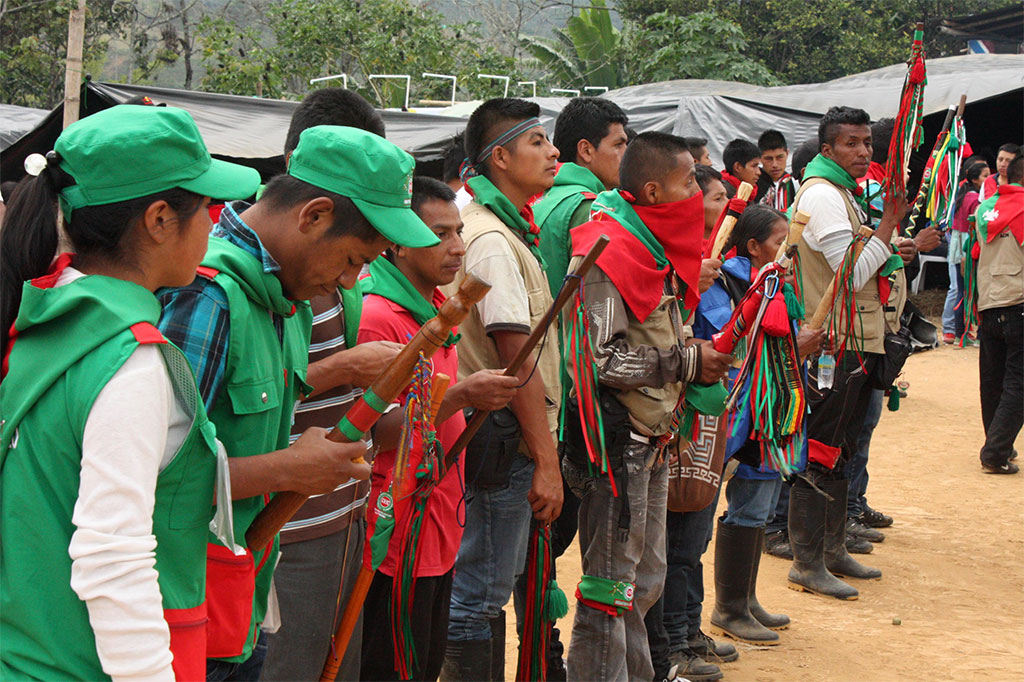 Guards from the Nasa nation

Following a trial under Nasa law, the soldier was convicted of spying and sentenced to 20 lashes and held in the indigenous’ territory’s prison cell.

The decision to absolve the indigenous leader ratified the’validity of the indigenous justice system that includes punitive measures not allowed in common justice, for example physical punishment like flogging.

According to the Supreme Court, while flogging “undoubtedly causes pain, its end is not to cause excessive harm, but represents an element of purifying the individual” and “is a ritual used by the community to punish the individual and regain harmony.”

The Nasa nation in 2014 sentenced five FARC soldiers to 60 years imprisonment and two underage guerrillas to flogging after they had been convicted for killing two members of the community.

FARC guerrillas during a Nasa trial in which they were convicted for killing two community members.

While the government did not object to that sentence, the United Nations did, questioning the inability to appeal a Nasa verdict.

Colombia’s indigenous’peoples have been among the most affected by the country’s armed conflict as their often remote territories are of strategic value for all kinds of armed groups, ranging from state security forces to illegal armed groups and drug traffickers.