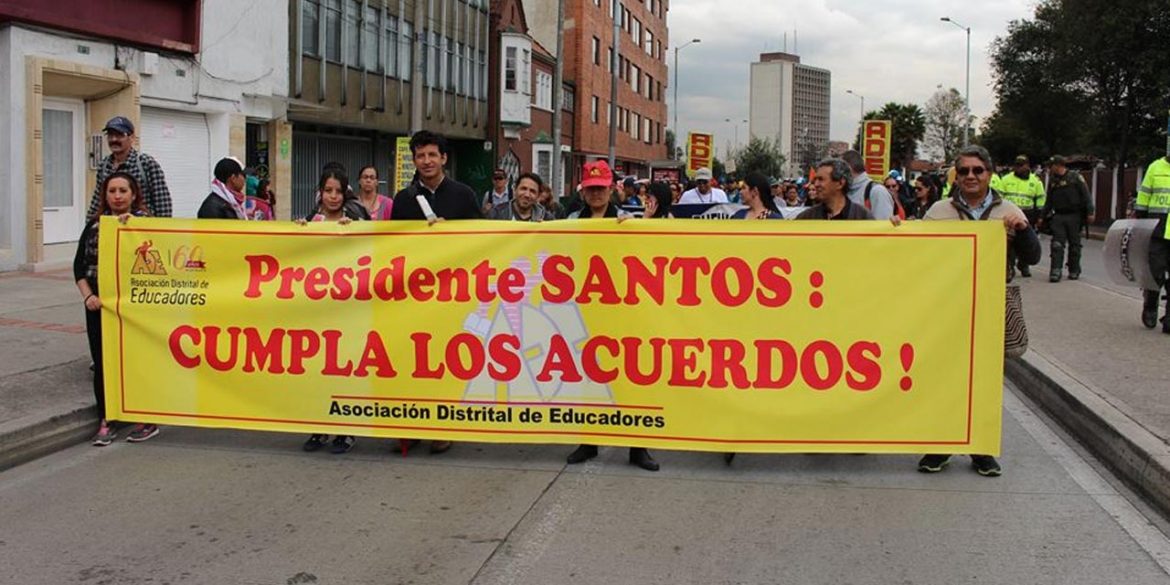 Colombia’s public school teachers have gone on strike for the second time in a year. According to the teachers, the government failed to keep the promises made to end last year’s strike.

The strike means that the classes of some 8 million public school students are canceled for the foreseeable future.

Last year public school teachers and the Ministry of Education agreed on a 24-point plan to end the strike that lasted 37 days.

Education Minister Yaneth Giha rejected the strike and said that the government has begun meeting the commitments made to end the strike.

The approximately 294,000 teachers affiliated to the federation will hold sit-inns at the schools in protest of the allegedly incomplete agreement similar to the protests held early last year.

“Every day that teachers strike causes irreparable damage to the more than eight million children and young people in Colombia who are in the public education system,” Giha said, asking more time to keep her made promises.

The education minister knew of the pending strike since meeting with Fecode last week. The education providers have been urging the government to keep its word since October.

According to the paper El Colombiano, the government has complied with the points that sought to improve teachers’ pay.

The remaining points focus on the financing of education, infrastructure, training, pensions, and most importantly, one-shift school days.

The government has vowed to end the two-shift system for years, but failed to execute the policy that would allow the children to attend a full day of school.

Teachers have been promised a major investment in education throughout recent years. The government, however, has been unable to close the national budget deficit, which is affecting education.

Colombia has gone through difficult times economically after the prices of commodities, Colombia’s primary export sector, dropped in 2014, and the government has been unable to recuperate lost revenue.