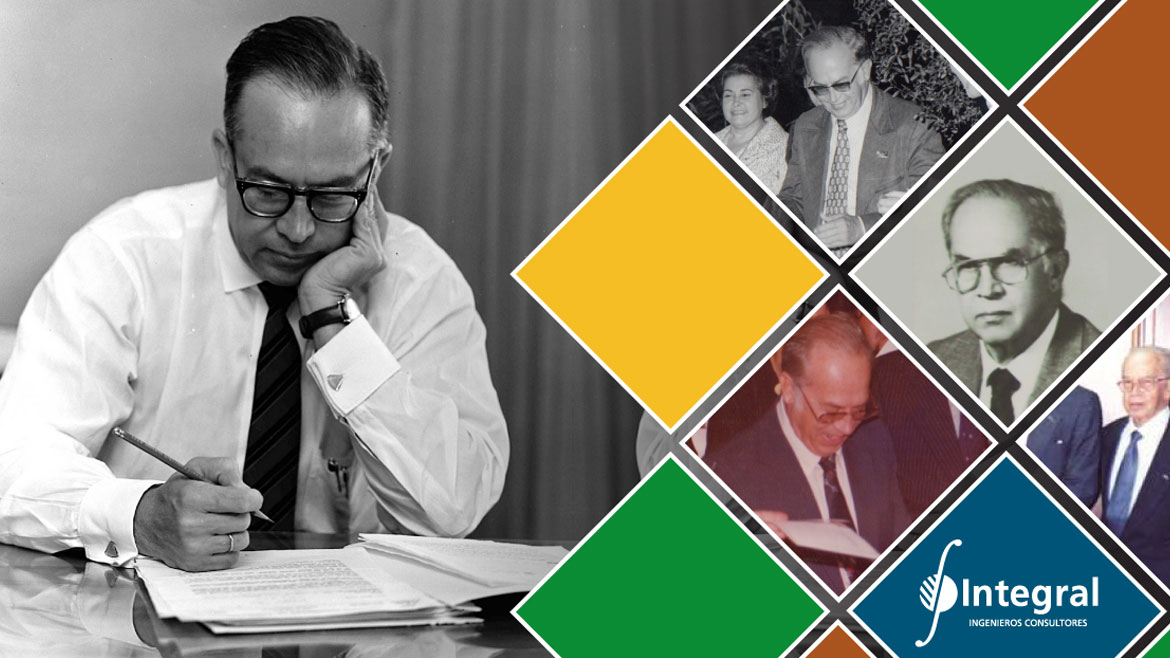 The Comptroller General ordered to seize 13 bank accounts and 12 real estate properties of Integral SA, which designed the Hidroituango dam that nearly collapsed in 2018, months before completion.

Another dynasty in ruins

According to the fiscal watchdog, the government contractors will have to pay $1.7 billion (COP4.2 trillion) for the disastrous project that was initially presented by co-founder Jose Tejada in 1969.

The fiscal measures seek to recover damages allegedly caused by the disastrous work of the company whose co-founder is considered “one of the most prestigious engineers in Colombia” by the Medellin Chamber of Commerce.

Jose Tejada Saenz is one of the most prestigious engineers in Colombia. Through his firm “Integral” he has generated progress and development for the whole society. Half a century of great engineering works in Antioquia and in the country had as a first line actor the firm modestly constituted in 1955 by Tejada and his friends and converted today into one of the largest and most distinguished companies in its field.

Since its foundation in 1955, Integral has become one of Colombia’s largest construction firms due to its close ties to the Medellin elite, which gave the company an advantage in bidding processes for major infrastructure projects.

Saenz presented his idea to construct a dam in the Cauca, Colombia’s second largest river, in a 1969 environmental study.

Former President Alvaro Uribe signed off on the company’s participation in a “promotional committee” that lobbied the dam when the far-right politician was governor of Antioquia in 1997.

The plan sparked extreme violence in northern Antioquia where paramilitary groups sought to displace locals, which would allow EPM to cheaply purchase their land, and guerrillas violently opposed the project.

The national government approved the construction of the Hidroituango dam designed by Tejada in 2009 when Uribe and Medellin’s public utilities company EPM formed a consortium in 2010 to effectively construct the dam that was supposed to provide 17% of Colombia’s energy in 2018. 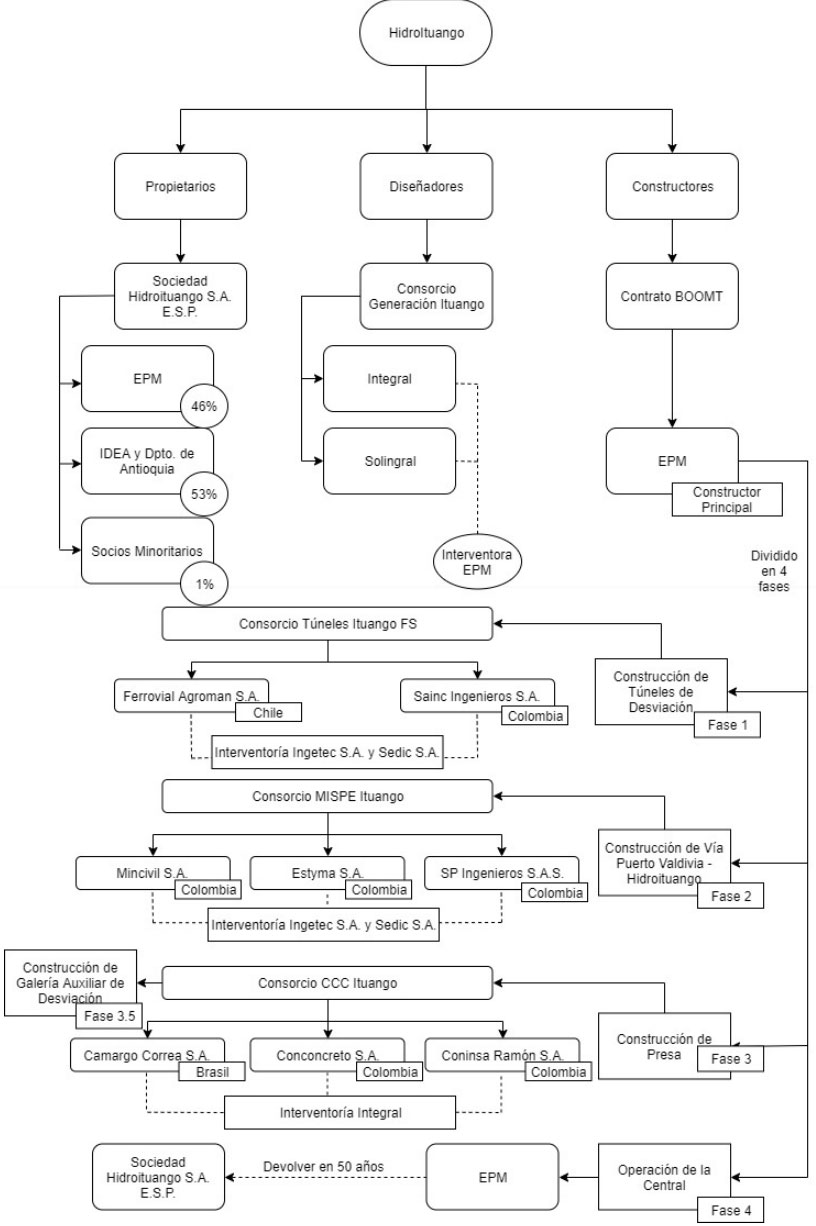 From visionary to doom

Tejada was praised as a “visionary” by Medellin university EAFIT, which allowed one of the engineer’s heirs to write a paper on her own family for her masters in business administration in 2014.

According to Thomas L. Harrison, in reference to whether an entrepreneur is born or made, in his book Instinct (2005), he states that genes are responsible for approximately half of the personality traits and the rest is linked to the environment in which we live. All these factors in José Tejada’s childhood were therefore a positive combination to become the person he would be in the future.

The dam project nearly collapsed months in early 2018, just months before it was supposed to be completed.

The discharge tunnels designed by Tejada’s company blocked and the rapidly rising waters of the Cauca River threatened to flood the project.

EPM workers were able to prevent flooding by using the turbine engine tunnel to discharge water, which allowed them to quickly finish building the $4 billion dam wall.

The disaster forced authorities to relocate more than 100,000 people who were living downstream of Hidroituango. 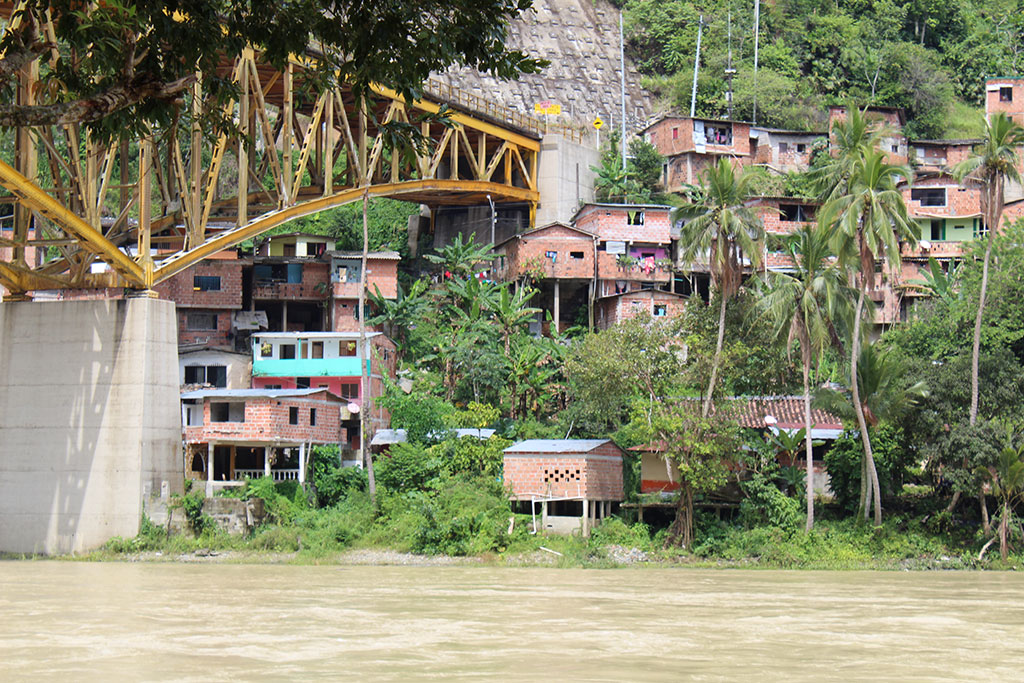 Many of the riverside homes will be demolished because of Hidroituango. (Image: Mariana Calvo)

The disaster triggered a criminal investigation, and investigations by the Comptroller General’s Office and the Inspector General.

The comptroller general announced investigations against 18 politicians and former EPM officials in 2018, but omitted Uribe from the probe.

The former president one of the main promoters of the disastrous hydroelectric project, but is also the boss of President Ivan Duque, and all but untouchable.

Tejada died in 2011 already. Despite his alleged visionary abilities, there exists no evidence indicating that the late engineer foresaw that his crappy idea to build a damn would ruin his company 10 years after his death.