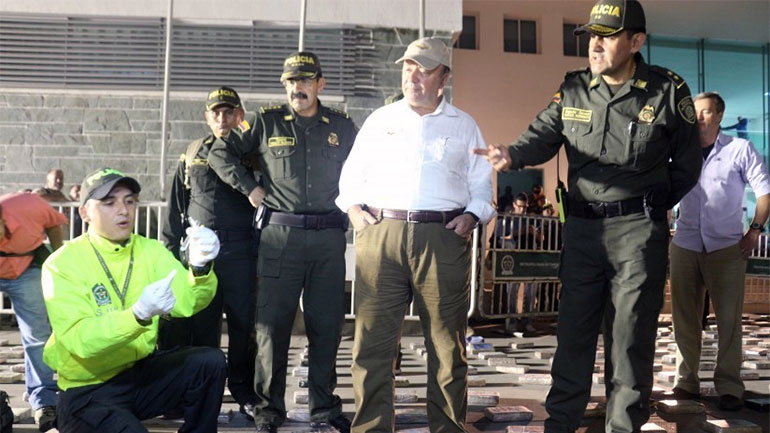 Colombia’s police said Thursday they have seized almost 2,000 kilos of cocaine in Cartagena. According to the authorities, the drugs belonged to neo-paramilitary drug trafficking organization “Los Urabeños.”

The drugs were found in the Manomal industrial zone in the Caribbean port city and allegedly was property of “Lorenzo,” a ringleader of the Urabeños in the port city.

“The seizure took place at a public parking lot … next to another parking lot for containers,” local police told press.

“The drugs would be estimated at 88 billion pesos ($27 million) and we were able to confirm that it would be sent to central America, North America and Europe,” police told press.

Defense Minister Luis Carlos Villegas had traveled to Cartagena to be present at the presentation of the first major cocaine seizure of the year.

Tourist hotspot Cartagena is one of Colombia’s main export hubs for illegal drugs because of its strategic location on the Caribbean coast.

The port town’s criminal activities are largely controlled by the Urabeños, a group formed by former paramilitaries and the most powerful drug trafficking organization in Colombia.

According to Colombia’s Defense Ministry, the country’s authorities seized more than 234 tons of cocaine last year.