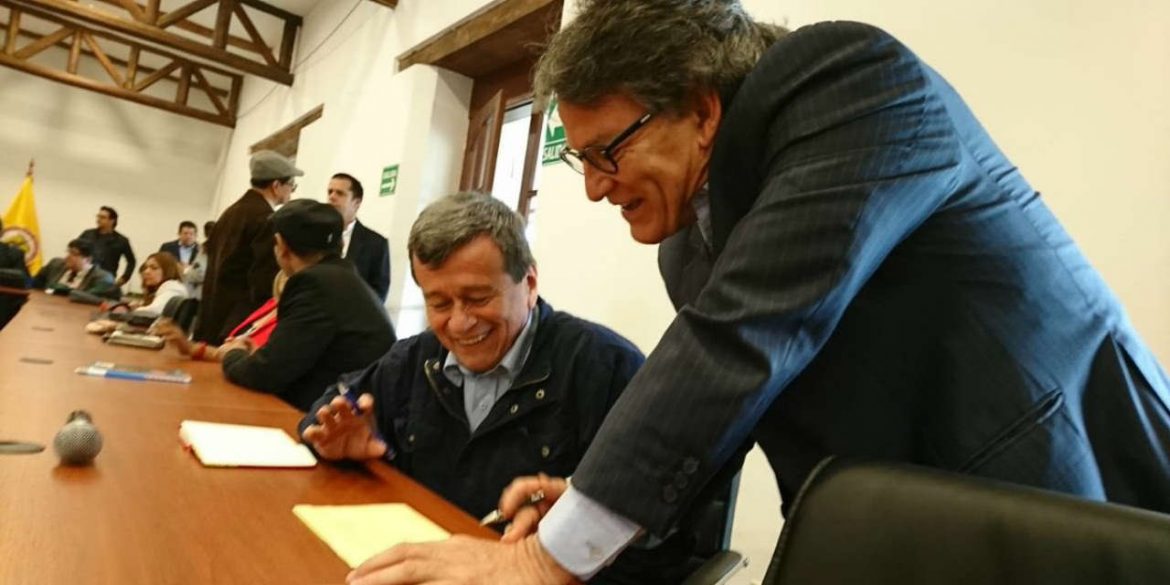 The chief negotiator of Colombia’s government said Tuesday that he hopes to have agreement on a ceasefire with ELN guerrillas before the first presidential election round next month.

“We have had a good pace with the aim to before the first round reach a bilateral ceasefire that is considerably better than the last one,” said former Vice-President Gustavo Bell from the city of Popayan.

The chief negotiator admitted that Ecuador’s decision to withdraw as host of the talks has complicated the agenda. Nevertheless, Bell said, the negotiators expect to be able to resume talks “as soon as possible, hopefully in the beginning of next week.”

Ecuador withdrew as guarantor country and host of negotiations after a number of violent incidents with a Colombian guerrilla group that was formed by dissident FARC guerrillas last week.

Bell said he hoped that “before this weekend we know the new host and will be able to resume talks.”

After the delegations’ last meeting in Ecuador on Friday, peace delegations discussed the possibility of relocating the talks to Chile.

Santos is set to leave office in August and hopes to leave the negotiations at a point of no return for his successor.

The warring parties hope to agree to an indefinite cease of fire that would allow Santos’ successor “to move forward on all the crucial factors.”

Conservative candidate Ivan Duque, the front-runner in the race, said last week he would end the talks that seek to end more than half a century of armed conflict.