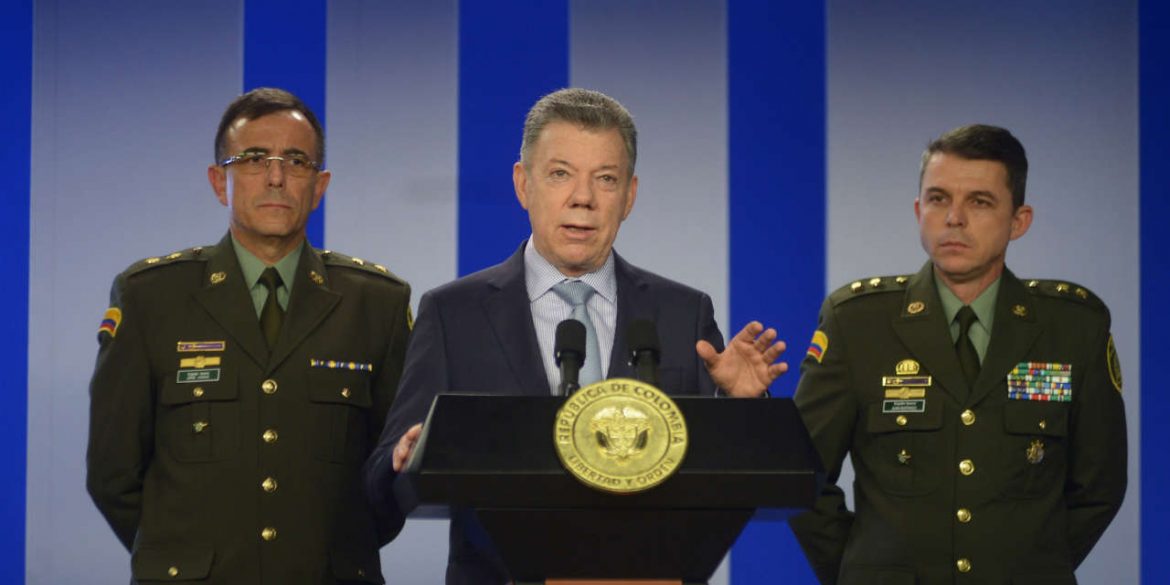 According to Santos, intelligence agencies found out that the Venezuelan government plans to “register and move Colombian citizens to vote in Venezuela” on Sunday when the neighboring country elects a new president.

Colombia and other countries in the region made previous claims that the elections are “rigged” to benefit authoritarian President Nicolas Maduro.

The plan allegedly discovered by Colombian investigators “details the manner, procedures and payments to be made to guarantee the movement of the voters and their vote in favor of Maduro.”

“Tricks like these is one of the many reasons that ratify our decision of not recognizing the outcome of these illegitimate elections,” the president said.

Santos said that the alleged voter fraud is only one of the fraud schemes discovered by Colombian authorities over the past few days.

On Thursday, border officials seized approximately 400 tons of food package bound for Venezuela that were “unfit for consumption.”

Local governments loyal to Maduro and his party “exploit the humanitarian crisis not just to exercise political and social control, but serve electoral purposes and to repress the opposition,” Santos said.

According to Police General Jorge Luis Vargas, the food came from 23 businesses in nine countries, of which some had been flagged for “money laundering and illicit enrichment.”

Venezuela is suffering major food shortages and has refused foreign food packages offered by neighboring countries and the United States.

The crisis in the neighboring country has major effects on Colombian society.

More than a million Venezuelans are believed the have fled to Colombia over the past year, or visit the country in order to find food and medicine.