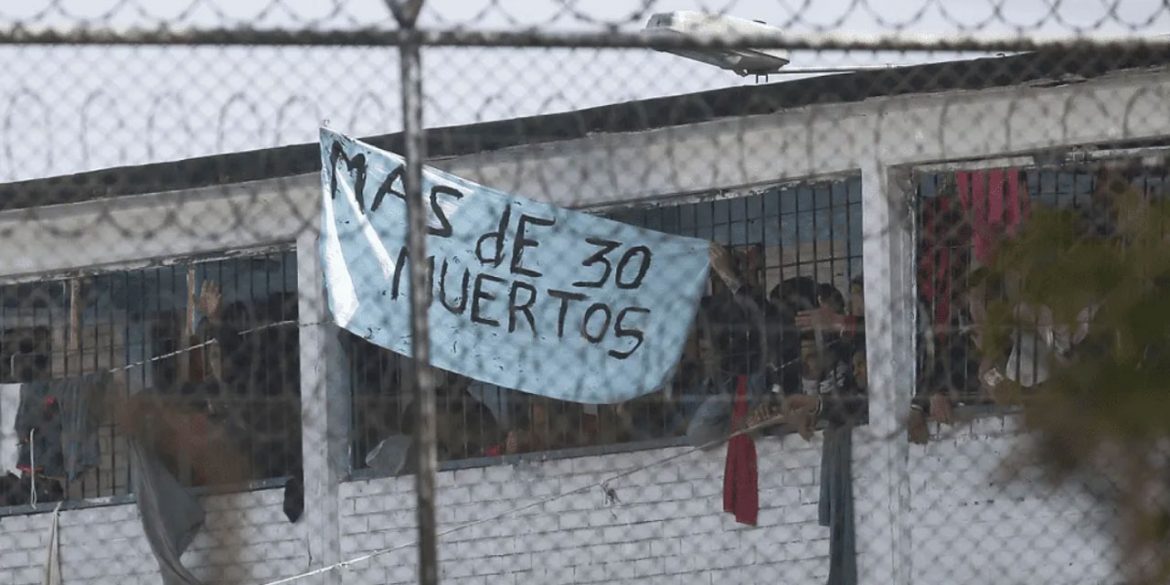 Riots that broke out in 13 prisons throughout Colombia on Saturday left at least 23 people killed and 91 injured in Bogota’s La Modelo prison alone, according to the government.

Prison authority director General Norberto Mujica did not say if people were killed or injured in the riots that took place in prisons across the country and said in the morning that the situation was under control.

Medellin Mayor Daniel Quintero, however, indicated that the riots that broke out in two prisons in his city were still ongoing on Sunday afternoon.

The violence broke out over inmates’ fears that overcrowding and substandard hygiene put them at an elevated risk of infection by the coronavirus.

Justice Minister Margarita Cabello, who ignored senators’ warnings about the prison population’s vulnerability, said the riots were “a plan to escape,” but was immediately contradicted by other authorities and NGOs.

Bogota ombudsman Rafael Navarro said the prison protest was coordinated between inmates to demand respect for their rights that in Bogota got out of hand.

It was the same way of protesting, beating the bars, demanding their rights, not only because of non-visits but because of the conditions of confinement.

According to human rights NGO Congreso de los Pueblos, many of the dead were killed because prison wardens and police reinforcements indiscriminately opened fire at the inmates.

Colombia’s prisons were among the first to go into quarantine after reports of the virus in Colombia, disallowing inmates to receive visits from family and friends.

Wardens of the notoriously corrupt prison authority INPEC, however, are exempt of quarantine measures that will take force throughout Colombia on Wednesday.

The Ombudsman, the Inspector General’s Office, senators and inmates alike urged the minister to declare a prison emergency and allow non-violent offenders and elderly prisoners to temporarily serve their sentence under house arrest and prevent possible disasters.

We ask the National Government to decree a Prison Emergency. In this way, it will be possible to have exceptional instruments that facilitate releases and temporary regimes for people over 60 years old and sentences up to 8 years.

The justice minister had been warned about the explosive situation in the prisons, according to Senator Rodrigo Lara, but took no action.