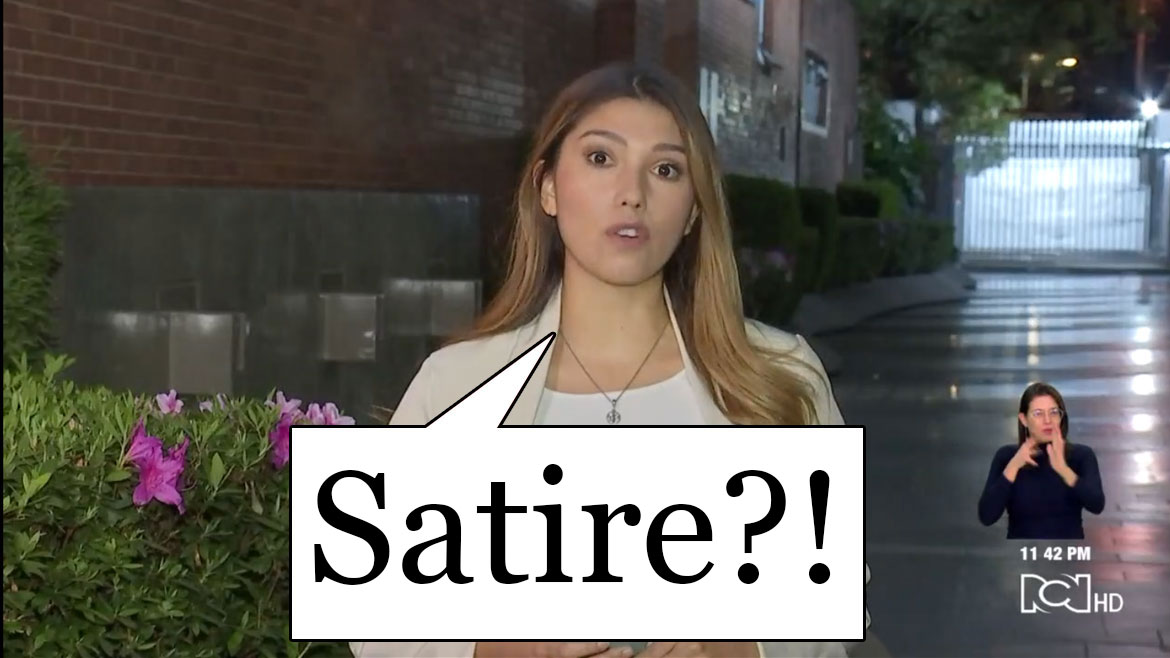 A reporter of Canal RCN sued Colombia Reports on Friday over this website’s reporting on the lies transmitted by the television network’s news program.

According to Diana Camacho, her appearance in a satirical illustration of RCN Noticias’ “barrage of lies and propaganda” exposed by Colombia Reports violated her human rights.

The illustration consisted of a screenshot of the news program in which the reporter appeared and was edited with a cartoonesque text balloon that said: “Your mother is a terrorist.”

According to Camacho, the satirical illustration was an attack on her good name and honor, which would be in violation of Colombia’s constitution and the United Nations’  Declaration of Human Rights.

No one shall be subjected to arbitrary interference with his privacy, family, home or correspondence, nor to attacks upon his honor and reputation. Everyone has the right to the protection of the law against such interference or attacks.

In its rebuttal, Colombia Reports wrote the Medellin administrative court that neither the article nor the illustration mentioned the name of Camacho, but explicitly referred to “the media,” “RCN” and abstained from mentioning the names of journalists whose reporting was used to illustrate the television network’s blatant lies.

As the RCN reporter provided the judge only with the illustration and the headline, this website additionally provided the judge with a translation of the article to demonstrate that the image could only be interpreted as satire, a humoristic form  of social criticism used for more than 2,500 years.

Satire is a genre of the visual, literary, and performing arts, usually in the form of fiction and less frequently non-fiction, in which vices, follies, abuses, and shortcomings are held up to ridicule, with the intent of shaming individuals, corporations, government, or society itself into improvement.

This website requested the judge to consider transferring the case to the criminal justice system, which would allow a criminal court to investigate Camacho’s alleged attack on this website’s right to the freedom of expression and the freedom of the press.

As far as I know, human rights violations are not administrative failures but the most serious criminal offenses, and must therefore be criminally prosecuted and punished to the full extent of the law.

Colombia Reports invited the RCN reporter to resolve the dispute in a civilized manner and stressed it would ignore any administrative court order to change, rectify or retract the article.

A refusal to abide by an administrative court order would effectively constitute contempt of court of which the maximum penalty is a six-month prison sentence and a fine of almost $4,700, according to a 2014 ruling by the Constitutional Court.