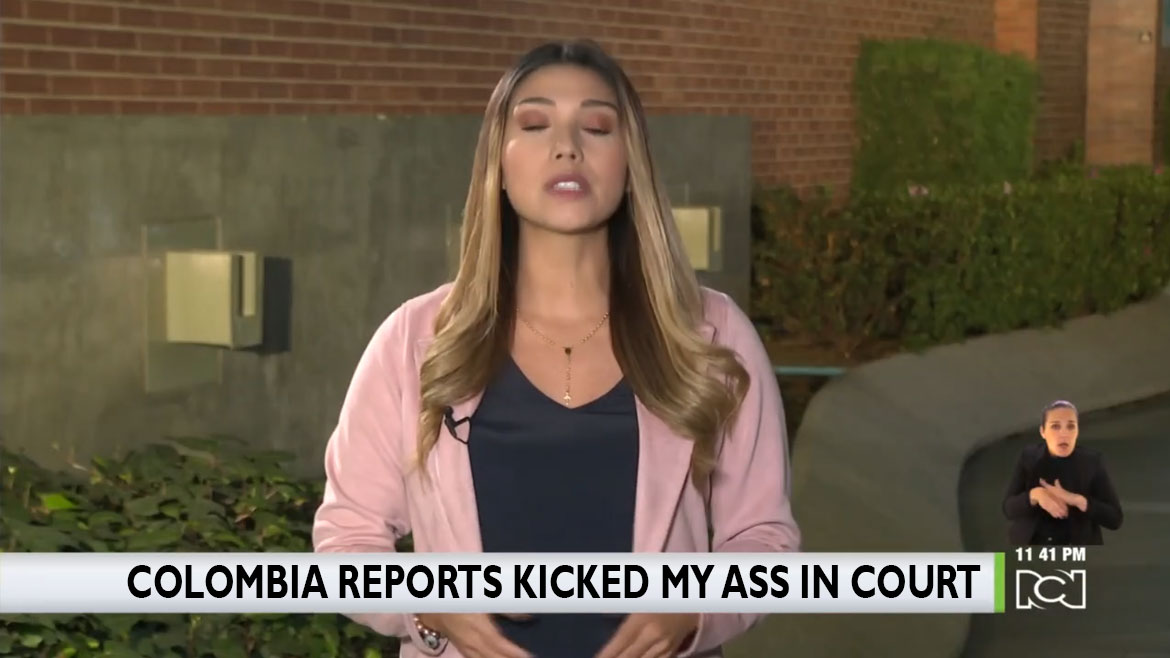 Nobody has ever been stupid enough to sue me or my website until the self-proclaimed “judicial journalist” of arguably Colombia’s worst television news program claimed I had tarnished her reputation and used her image without consent.

Camacho had the reputation of an “arrogant rich kid,” according to one of her former colleagues.

When I’m done with the RCN reporter, Camacho will have the reputation of an arrogant rich kid who is also a fraud, a liar and not very smart.

I have been trying to get sued for ages, because I want the Constitutional Court to protect journalists against judicial harassment, a.k.a. SLAPP suits.

I went so far that I roasted one of Colombia’s most famous attorneys, Abelardo de la Espriella, for his pathetic efforts to intimidate journalists with SLAPP suits, but without success.

Maybe the “SUE ME” in the image was too obvious, although De la Espriella probably just isn’t stupid and may remember I told him that “I eat lawyers like you for breakfast” on Twitter before the guy blocked me. 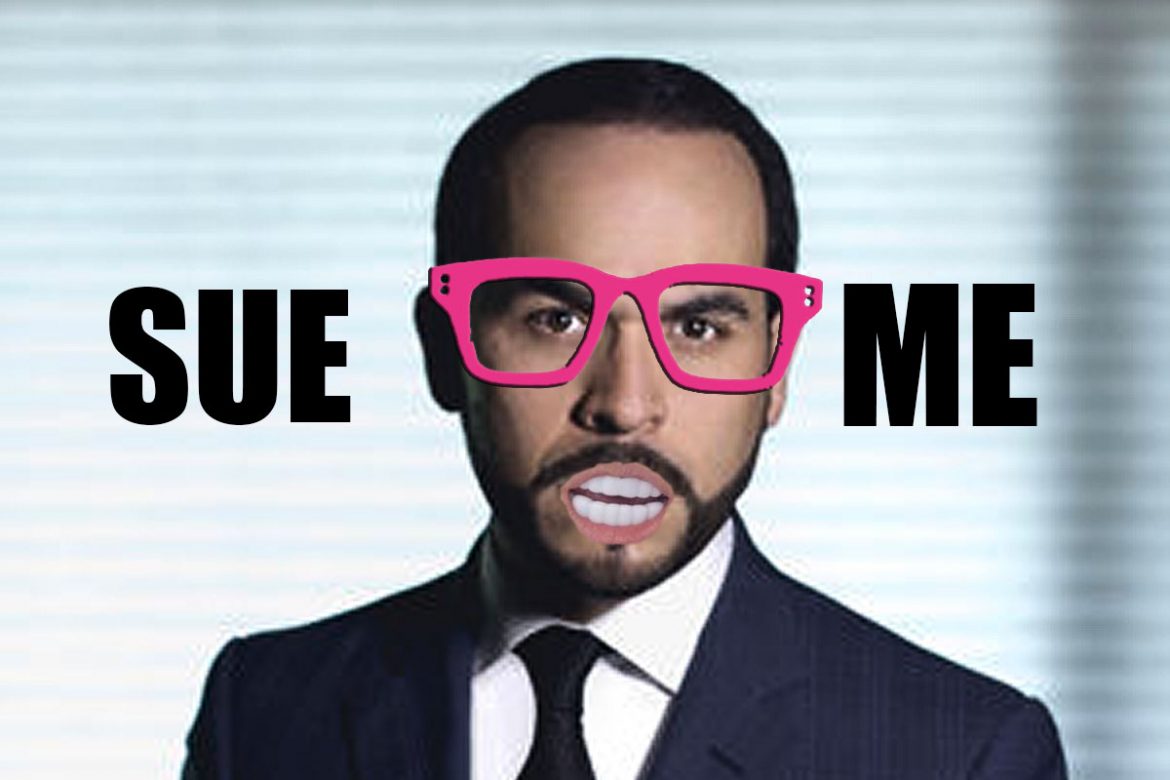 Far-right columnist Salud Hernandez blew a fuse after I featured her in the’ “Colombia’s Mafia and the Media” series, but she is not stupid either.

Like most alleged criminals, Hernandez probably wouldn’t want evidence indicating she took part in a criminal conspiracy in court.

I told the far-right columnist she was an idiot before I told all the colleagues in the WhatsApp group to “get fucked” or something along those lines.

Consequently, I believe I gained a bit of a reputation somewhere in between “asshole” and “impossible to deal with.”

I personally prefer “enfant terrible,” because it’s French and has a more romantic feel to it.

Camacho calls herself a “judicial journalist,” although, apart from allegedly being an arrogant rich kid, I believe the RCN reporter is also a careless idiot.

This wasn’t my opinion before the RCN reporter sued me. In fact, I had no idea who Camacho was until the court informed me that my joke allegedly tarnished her reputation and I used Camacho’s image without her permission.

The latter is true. I took a screenshot of RCN Noticias when Camacho was reporting on something and added a text balloon and the text “Your mother is a terrorist.”

I thought this would be a funny way to illustrate RCN Noticias’ “barrage of lies and propaganda” I exposed in an article I published in May. Camacho disagreed.

I began suspecting RCN’s legal correspondent didn’t know a thing about law when she began implying I was threatening  and extorting her.

Had Camacho done so jokingly, this wouldn’t be a problem, but she didn’t.

She showed some WhatsApp message of a guy claiming “I hacked your account, if you want it back, pay” after which she tweeted that “I fear for the reach that this person may have, but I will not be intimidated!” the RCN reporter tweeted.

The lawsuit was before what happened to me today and was because of what they did on that news website. Today criminal charges were pressed.

The criminal charges never arrived, but some other RCN crybaby, Jairo Libreros, fiercely repudiated the “cowardly stalking of an extortionist” in a tweet that showed my satirical image.

Another self-proclaimed journalist and political marketer, Julian Camilo Amado, also rejected the “cowards who threaten and persecute journalists. It is important that the authorities investigate and follow up on this case.”

Keep going! That’s how anarchist vandals and the mercenary friends of “Petromadurismo” are, always disinforming with lies and montages. Don’t allow your honor to be trampled.

As icing on the cake, some guy called Igor Kamat responded: “tell us what you need. If you have identified the person we can give him several medicines.”

I got my own medicine, Julio César Valbuena of lawyers’ collective Primera Linea Juridica. The lawyer shredded Camacho’s legal claims in a matter of minutes.

The reputation of a fraud

The Antioquia court wouldn’t rule on the violation of her right to a good name and image charges, because RCN’s legal correspondent doesn’t know a thing about law.

The lawsuit was deemed invalid because Camacho can only sue me if other resources, like asking me nicely for example, had failed.

My satirical image was hardly flattering, but not nearly as damaging as the fact that RCN’s legal correspondent isn’t just an “arrogant rich kid,” but a fraud and an alleged criminal.

Camacho said she feared “the reach I may have,” which wasn’t much until the RCN reporter made a total tit out of herself, to be honest.

My reach is now that I can expose that RCN’s legal correspondent as a fraud who doesn’t know shit about law.

I can use Camacho’s stupidity to pursue legal action in order to protect journalists from SLAPP suits and I can even file criminal charges for slander.

I warned the RCN reporter that she really needed to read Sun Tzu before running into battle like some headless chicken.

I’m no arrogant rich kid, but had to fight like a lion to get where I am. If I accidentally caused Camacho to worry about her reputation and she accidentally exposed herself as a fraud, imagine the potential damage if I purposely sue her for judicial harassment and press criminal charges for slander.