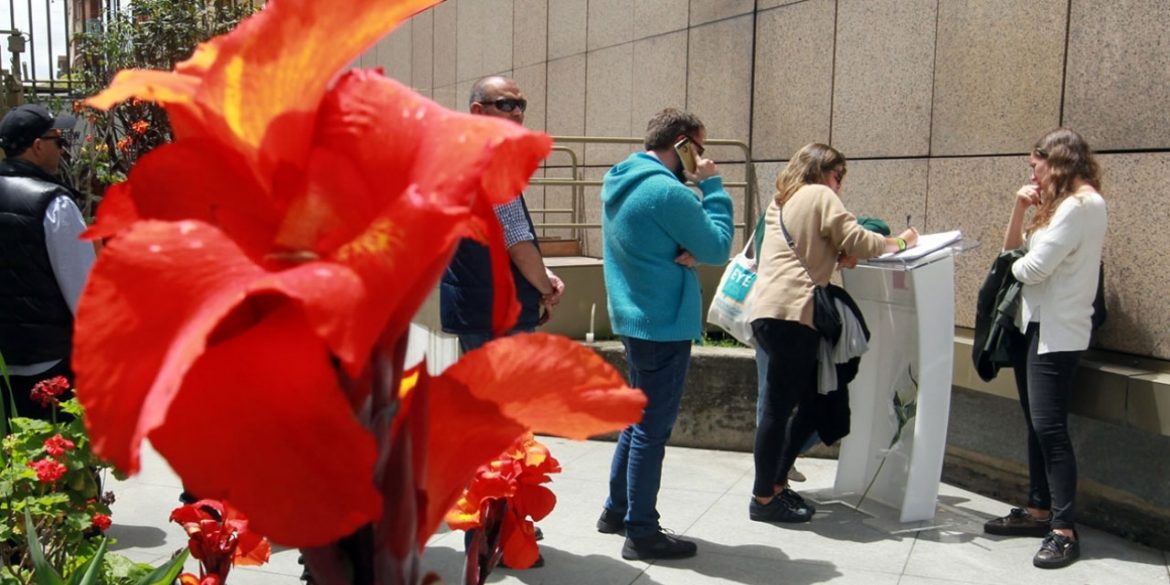 Eleven former suspects of a 2017 bombing on a Bogota shopping mall were released Sunday after a judge ruled there was no evidence linking them to the terrorist attack that killed three people.

The release is yet another major blow for Prosecutor General Nestor Humberto Martinez, who has been called out for arresting people on bogus charges multiple times since he took office in 2016.

The former suspects have claimed their detention was a “judicial false positive,” a hoax to deceive the public. A judge on Friday ruled the prosecution had failed to timely present evidence and ordered their release, which took place on Sunday.

Three of the former suspects were immediately arrested after their release from prison on “rebellion” charges. Family members who protested the arrest were allegedly beaten by police.

Being left without a formal suspect of the Andino bombing that killed three people, Martinez on Monday announced he would put a different prosecutor on the case.

Three independent anonymous sources urged Colombia Reports not to discard the possibility of dissident elements within the Colombian military.

The June 2017 bombing of the shopping center in one of Colombia’s most exclusive areas killed three people, including a French citizen, and injured nine people.

The attack came just three days before FARC’s disarmament deadline and raised suspicion it could be a so-called “spoiler attack” that was meant to derail the ongoing peace process.

Despite the lack of evidence, authorities almost immediately accused the MRP, a group that frequently sets of so-called “pamphlet bombs” to disperse leftist propaganda pamphlets on strategic locations.

More than a year after the Andino bombing, the real culprits of the terrorist attack are free and the credibility of the chief prosecutor is in shatters.