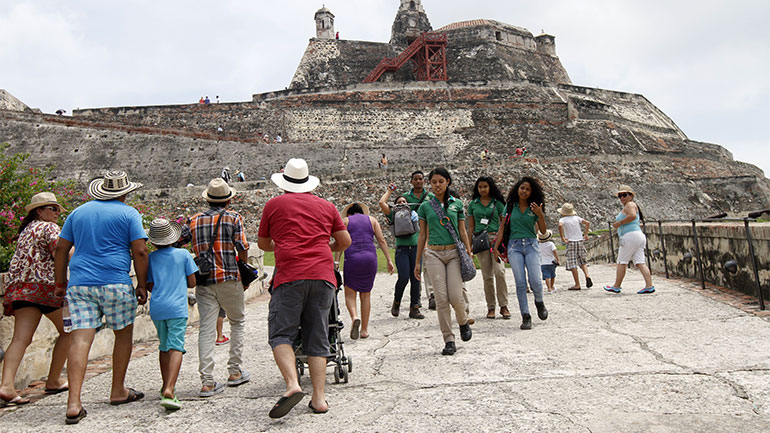 Pushed by a cheap peso, the number of foreign visitors to Colombia’s grew 12.2% in 2015 and a stunning 290% compared to a decade earlier, according to the country’s trade ministry statistics.

Last year’s increase was mainly due to a steep 26% increase in US visitors, whose currency nearly doubled in value against Colombia’s peso, making a stay in Colombia cheaper than ever.

In spite of travel to Colombia being significantly cheaper for travelers across the globe, the 12.2% increase in foreign visits is only a fraction higher than in 2014 when tourism grew 12.1%.

Almost half of the people visiting Colombia in 2015, 44.8%, stayed in the capital Bogota.

However, with tourism growing 38.7% in the Antioquia province of which Medellin is the capital, and 24.5% to Valle del Cauca of which Cali is the capital, the numbers indicate that foreign visitors increasingly spread over the country.

The only tourism hotspot that saw dropping tourism figures was the Caribbean archipelago of San Andres that saw a 11% drop. Also Santander, best known for its extreme sports activities, saw tourism dropping 8%.

While tourism grew significantly, the sector failed to generate a significant number of jobs. Compared to the year before, November employment in the tourism industry went down 3%, according to the ministry.