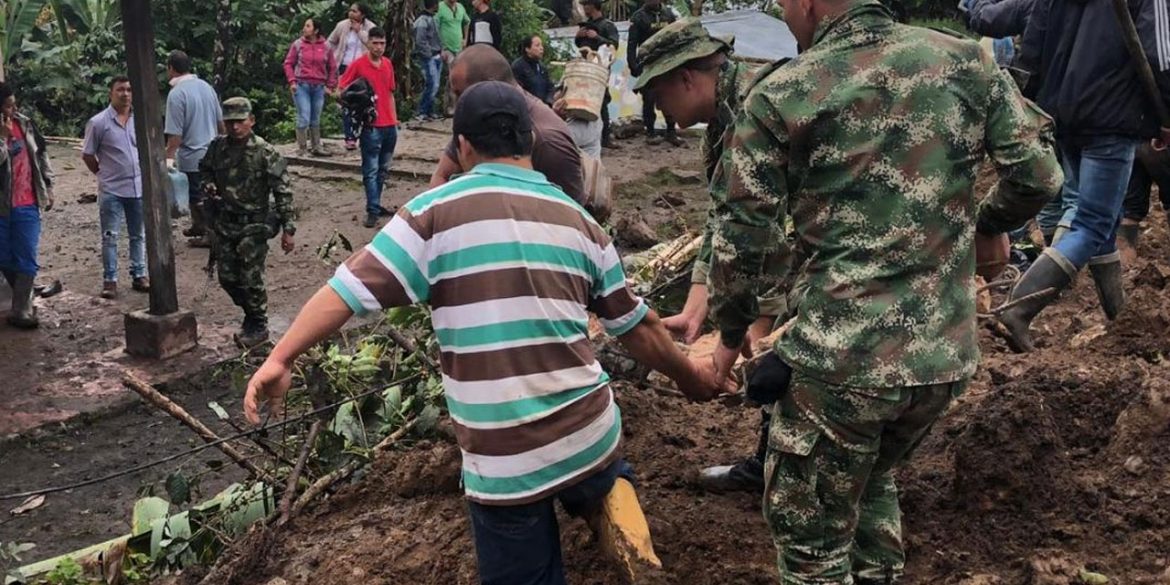 Rescue workers have recovered the remains of 32 victims of a landslide that buried eight homes in southwest Colombia, according to disaster response agency UNGRD.

Bodies were still being recovered and identified on Wednesday after the deadly landslide hit Rosas, a remote municipality in the rural department of Cauca, on Sunday.

Eight homes were buried in mud in the early hours of the morning after heavy rains caused a hillside to collapse.

Thirteen men, 14 women and five children have been identified so far, according to the UNGRD disaster response agency.

Over 150 rescue workers from the Red Cross and other agencies have working to find other missing people.

President Ivan Duque visited Rosas on Sunday and said “necessary actions” were being taken to care for the victims.

Rosas Mayor Jesus Eduardo Diaz said other homes in the area could also be in danger because of heavy rains.

Landslides are common in mountainous Colombia and those living in poor, rural regions are often hit hard due to poorly constructed homes on hills.

One of the most deadly landslides in recent history was in the rainforest town of Mocoa in 2017, which saw over 300 people killed after heavy rains caused river banks to burst.

But despite the tragedy, funds needed to resettle people and build new homes have still not been allocated.

Heavy rains have hit the country hard in recent weeks, with poor infrastructure in deprived areas of the country struggling to cope.