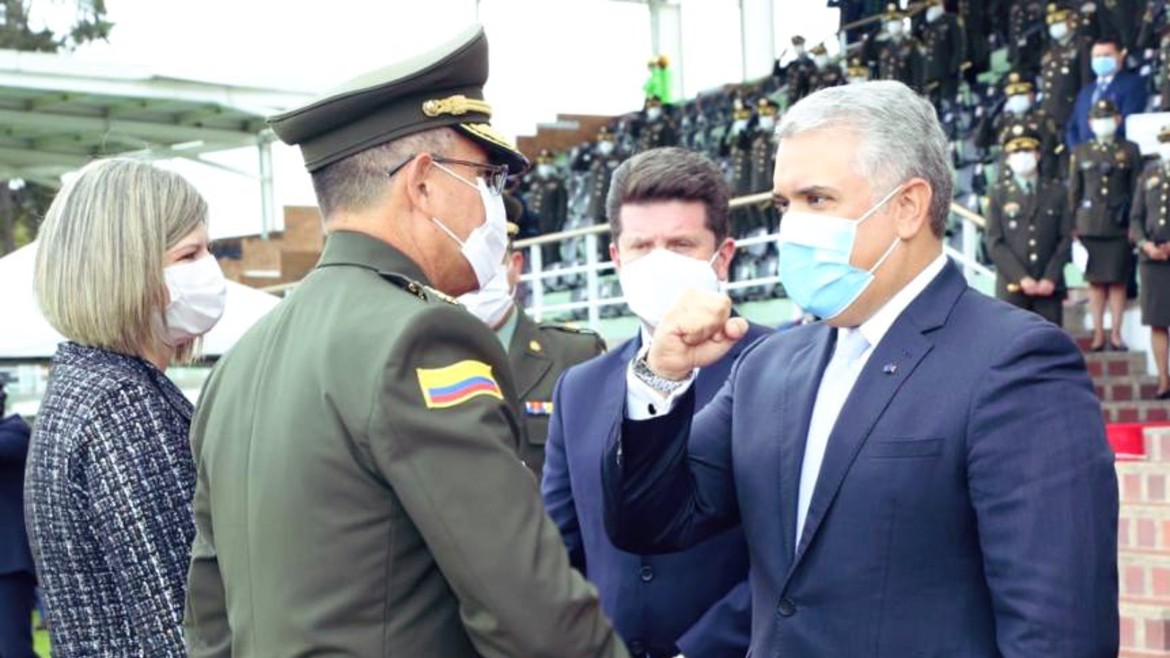 The surprise move comes as Duque and National Police chief are under international scrutiny over the extremely violent repression of largely peaceful anti-government protests.

The Americas director of Human Rights Watch, Jose Miguel Vivanco, said Wednesday that more than 80 people were killed during the protests.

At least 40 of these murders were committed by police under the watch of General Jorge Luis Vargas, according to the human rights defender.

Notwithstanding, Duque called on Congress for stricter legislation against riots and vandalism while awarding a medal to the police chief with the worst human rights record in recent memory.

The president’s attempt to divert attention away from the degeneration of his increasingly authoritarian government was met with fierce criticism from the congressional opposition.

According to opposition Senator Ivan Cepeda, Vargas “is directly responsible for the thousands of… serious human rights violations” that may be crimes against humanity.

Duque’s approval rating has plummeted to the lowest point in polling history after Vargas’ failed attempts to quell the protests with extreme violence.

Interior Minister Daniel Palacios announced a decree that would ban any form of protest that in any way would impede mobility despite this being a blatant violation of Colombia{s constitution.