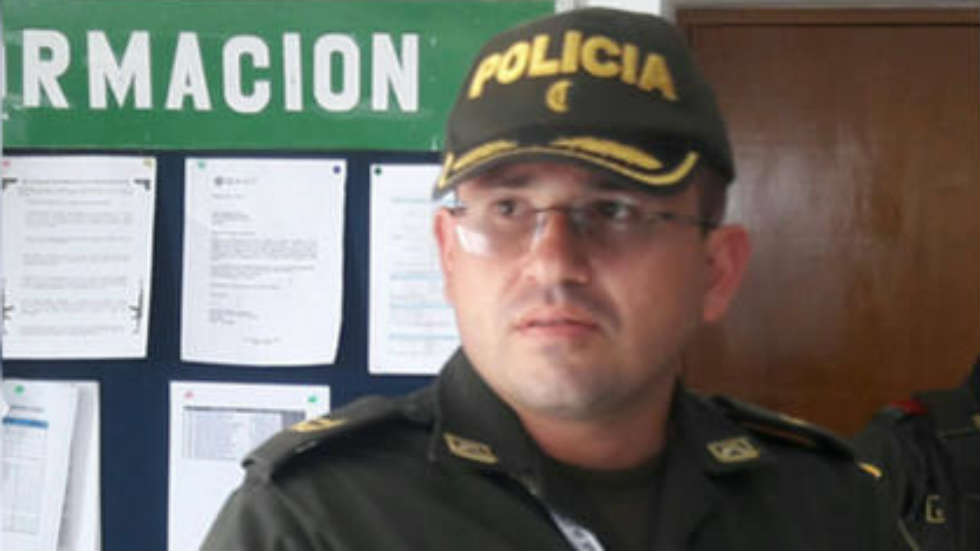 A commander of Colombia’s citizen security program was arrested on Saturday for allegedly providing the weapons with which paramilitaries assassinated more than 20 policemen, according to the prosecution.

Major Hector Fabio Murillo was arrested in Medellin on Saturday on suspicion he provided weapons to “Inglaterra,” the number two of Gaitanista Self-Defense Forces of Colombia (AGC) until his death on Friday.

He would provide the firearms and the logistics for their delivery to “Inglaterra,” with which the different attacks of the “pistol plan” were carried out. 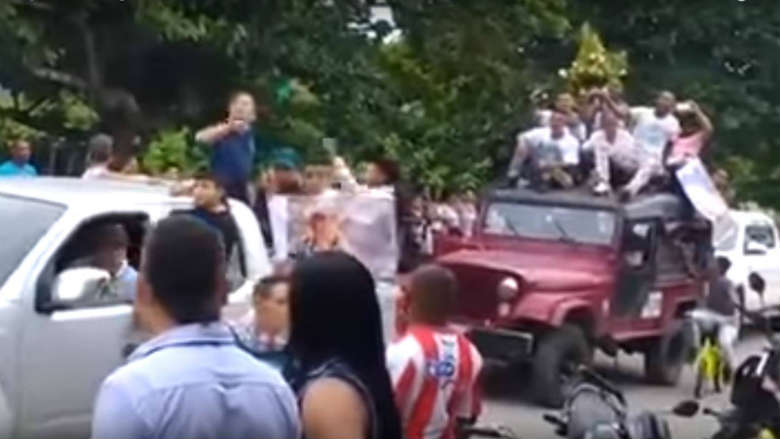 The body of “Inglaterra” received a hero’s welcome in his hometown of Carepa, Antioquia. (Image credit: YouTube)

Murillo was the commander of the National Police’s citizen security program in Antioquia, a hotbed for paramilitary activity and drug trafficking.

He allegedly worked for the AGC since 2013, a year before the so-called Quadrants neighborhood watch program came into force.

The National Model of Community Surveillance by Quadrants (MNVCC) is a strategy of the National Police in which territories are delimited, called quadrants and to which a number of patrollers are assigned for surveillance and the execution of crime prevention strategies.

Instead of providing citizen security, the police major used his position to funnel firearms to the paramilitary group with which it carried out a cop killing spree in regions under their control.

More than two dozen policemen have been assassinated in Antioquia and the neighboring Cordoba province since the AGC began offering a reward for every killed cops last year.

The prosecution did not say whether Murillo’s subordinates were involved in providing arms to the country’s most powerful drug trafficking organization.

A police spokesman told newspaper El Colombiano the criminal activity of the major were “contrary to all the moral principles and guidelines of the institution.”

The AGC was formed by dissident members of now-defunct paramilitary group AUC, which demobilized between 2003 and 2006.