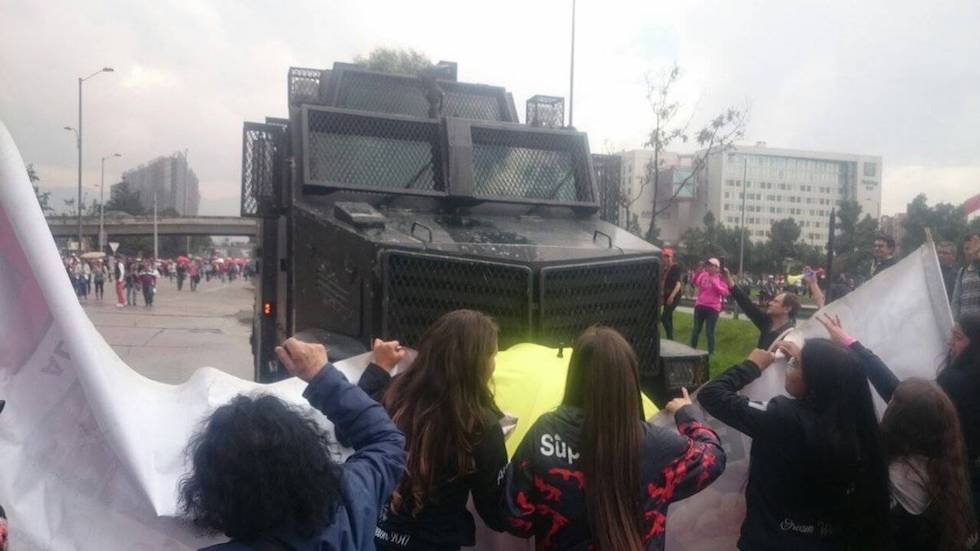 In a video posted to Twitter, teachers were blasted with water cannons for blocking traffic and public transit.

“I offer apologies in the name of the State to the teachers that left abused and hurt, but it is also important to clarify that we are not going to permit the blocking of public transit,” said Bogota’s Mayor Enrique Peñalosa following the incidents on Friday.

On Saturday, the government published a decree that raised teachers salaries by 8.75%, but the teachers union Fecode stated that the problems aren’t only related to wages, and that they would remain on strike.

This is not just about salaries, we are demanding school meals, transportation and infrastructure for the children. We are fighting for the quality of education in Colombia.

More than 8 million Colombian students have been out of the classroom since May 12 when public school teachers across the country went on strike to demand better wages and increased education investment.

The strike has caused difficulties for families, who in many cases are forced to leave their children at home alone during the day.

Since the beginning of the strike, the teachers have realized various protests in public spaces, including massive marches in Bogota and other cities, but Friday was the first time there were confrontations with the police.