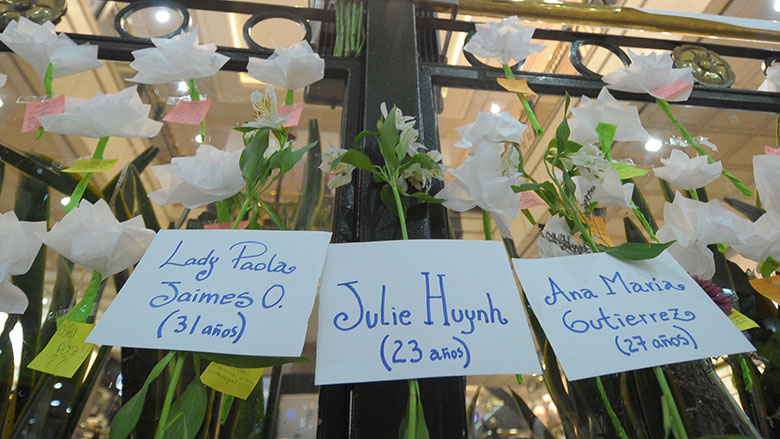 Colombia’s police said Saturday they have arrested eight suspects linked to a bomb attack in Bogota last weekend that killed three and injured nine in the midst of a peace process.

According to local media reports, the four men and four women were arrested in simultaneous police operations in Bogota and the municipalities of Chicoral and El Espinal in the Tolima province and are linked to the Bogota-based People’s Revolutionary Movement (MRP).

Defense Minister Luis Carlos Villegas congratulated the police for the arrests on twitter.

In a press conference, National Police Director Jorge Hernando Nieto told journalists that the eight will be charged with conspiracy to commit a crime, terrorism, homicide and aggravated theft among other crimes.

The Police Director said that investigations are continuing to verify the links between those arrested and previous bomb attacks since 2015.

The group publicly condemned the attack after its name began appearing in local media as a possible suspect.

In the immediate aftermath of the attack, a number of possible hypotheses and possible culprits have been put forward by media, while authorities remained mainly quiet about possible suspects and motives.

Alongside the MRP, other alleged suspects included the left-wing ELN guerrilla organization who are currently involved in preliminary peace talks with the government, dissident FARC guerrillas and the paramilitary AGC.

Security experts consulted by Colombia Reports also floated the possibility of involvement of a dissident element within the Colombian military.

Among those applauding the rapid developments was Bogota Mayor Enrique Peñalosa who tweeted “Bogota will not bow to terrorism.”