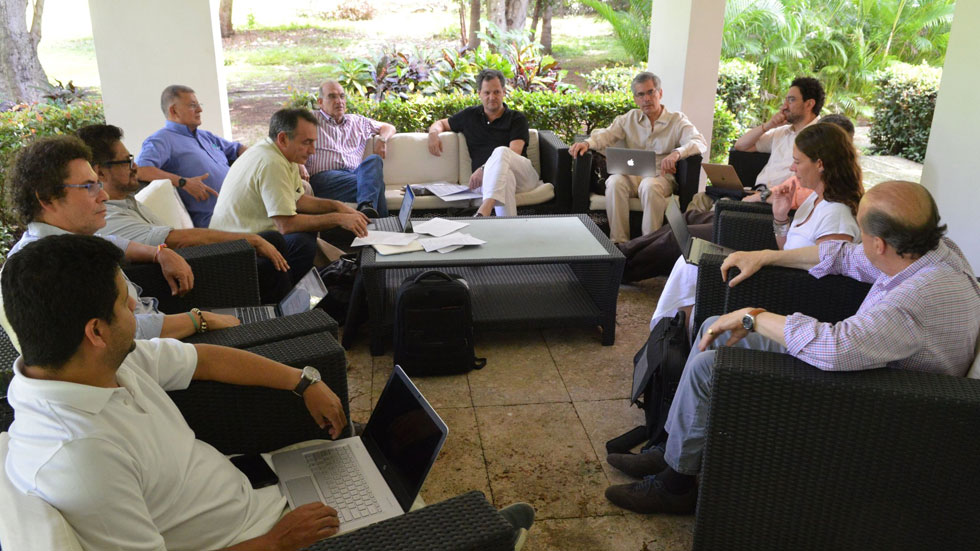 Negotiators of Colombia’s government and FARC guerrillas met in Cuba on Saturday for the first time since voters early this month rejected their initial peace deal, forcing a renegotiation of terms.

The government delegation brought the bundle of hundreds proposed changes and amendments gathered after two and a half weeks of talks with sectors of civilian society and political rivals that oppose the deal as it stands.

Before heading to Havana, the government had informally divided the proposals in three groups: “viable,” “difficult but possible” and “unfeasible.”

“We should not abandon the commitment to recover the countryside, clean up politics, contribute to overcoming the problem of drugs, repair victims and impose justice,” the government’s chief negotiator, Humberto de la Calle, told press on Saturday.

President Juan Manuel Santos on Saturday urged the negotiators to “put the foot on the accelerator.”

We want to move this process forward at the highest possible speed. Because of this I told the negotiators yesterday: ‘Put the foot on the accelerator.’ We need to have a new deal very soon to begin implementing very soon.

According to FARC leader “Timochenko,” the renewed talks are taking place in an “optimistic environment.”

It is uncertain how long the two teams and a battery of both political and judicial advisers will be negotiating.

According to newspaper El Espectador, the government negotiators will return to Colombia after the first round of negotiations and inform the president on the FARC’s disposition in regards to the proposed changes.

After this, El Espectador reported, Santos will convene representatives of the “No” vote in the October 2 referendum in the hope that made concessions will convince at least some to declare their support for an amended peace deal.

It is unclear whether the president will again call a second referendum or, with the public blessing of at least some of the current opponents and critics, present the renegotiated deal to Congress for ratification after which the peace process can be resumed.

In the meantime, FARC guerrillas will continue their demobilization process, traveling to “pre-grouping points” in order to prevent possible outbreaks of violence and secure authorities can safely assume control of formerly guerrilla-controlled territory.