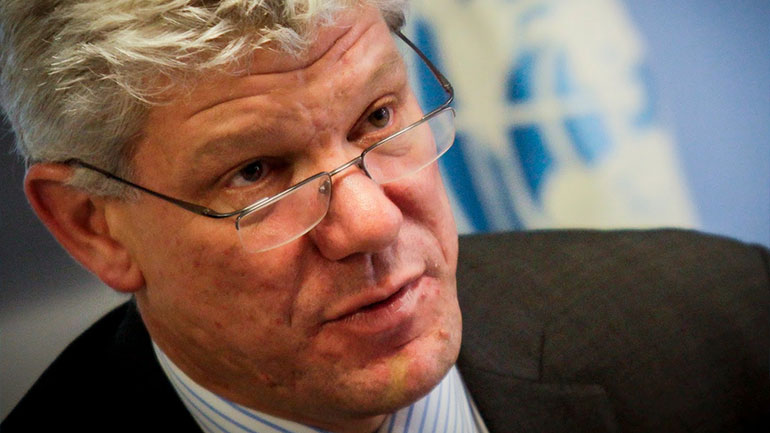 The peace agreement Colombia’s government is negotiating with leftist FARC guerrillas may not be finalized by its March 23 deadline, the UN envoy to the country confirmed Wednesday.

UN Resident Coordinator Fabrizio Hochschild said however he hoped the agreement between the government of President Juan Manuel Santos and the FARC, the country’s oldest and largest rebel group, could be reached “in the first half of this year.”

Both sides earlier agreed to a March 23 deadline for a deal to end a half-century conflict, but have both since implied that this might have been too ambitious. The peace talks currently being held in Cuba began in November 2012.

“I believe that it is possible that in order to reach a final agreement, with all the details resolved… perhaps a bit more time will be needed,” Hochschild said.

Colombia and the FARC have yet to agree on the details of disarmament and the manner the final accord will be ratified.

Santos wants to put the peace deal to a popular vote, but the FARC wants it passed by a constituent assembly.

Hochschild described this “very difficult” stage as “the last kilometer of a marathon.”

Nevertheless, unlike three other failed attempts at peace, “there is trust that this time an agreement will be reached,” Hochschild said.

The United Nations has agreed to send a political mission of unarmed observers to monitor disarmament and the transition to peace once an agreement is reached.

The FARC was launched in the aftermath of a peasant uprising in 1964 and authorities estimate it currently has some 7,000 armed guerrillas and militia members, and an unknown number of unarmed civilian collaborators.

The Colombian conflict has drawn in right-wing paramilitaries, drug traffickers and several leftist rebel groups, and has left more than 260,000 people dead, according to official statistics.