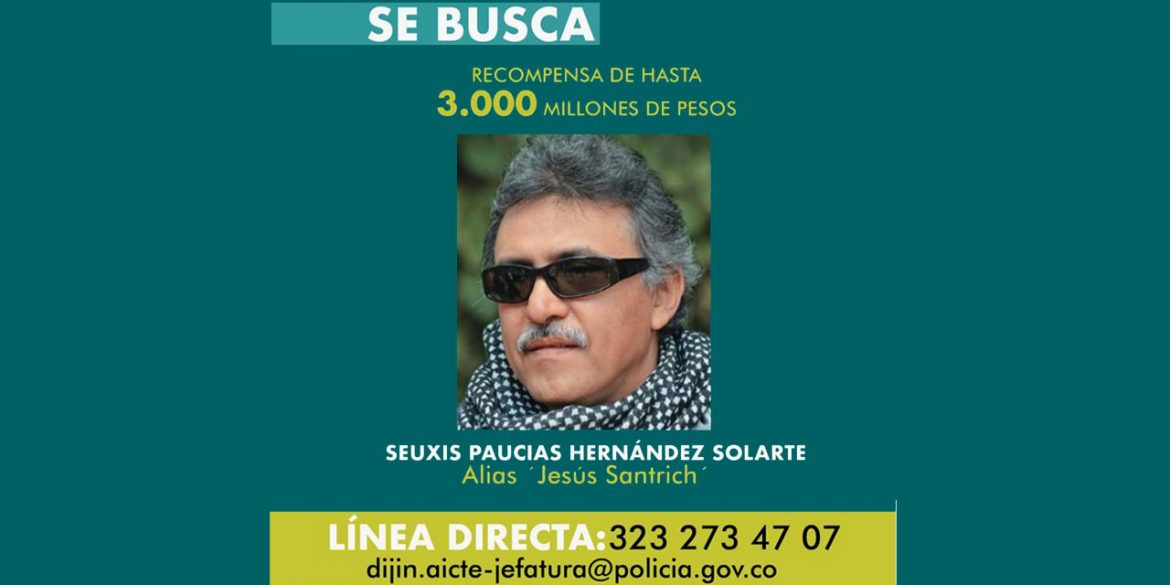 The disappearance of FARC Congressman “Jesus Santrich” has immediately made him one of Colombia’s most wanted fugitives with an $1 million bounty on his head.

The impressive reward offered for information leading to the arrest of the fugitive former guerrilla leader puts him right next to “Otoniel,” allegedly the country’s most successful drug trafficker, on the country’s most wanted list.

The only Colombians wanted even more than Santrich are ELN guerrilla commanders “Gabino,” “Antonio Garcia” and “Pablito” for who the government offered a $1.2 million reward after ending peace talks with their group in February.

The generous reward was announced by National Police commander General Oscar Atehortua via Twitter, where the official announced that Interpol had also been asked to issue a red notice, a kind of international arrest warrant, for the FARC’s former ideologue.

Atehortua said that his department would use “all our operational and capacity and inter-agency coordination to achieve” the goal of arresting Santrich, who abandoned his security detail last month.

The former guerrilla ideologue is the first demobilized FARC leader to become a fugitive.

Santrich failed to show up on Tuesday at the Supreme Court where he was summoned to defend himself against a vague US drug trafficking charge. The court immediately ordered his arrest.

While being the first FARC member to return on Colombia’s most wanted list, he is not the first demobilized guerrilla chief who went missing.

President Ivan Duque earlier this month ordered the arrest of former mid-level commander “El Paisa,” but this order was retracted after the FARC leader’s defense attorney challenged the decision.

The FARC has rejected Santrich’s failure to appear before the court and has vowed to do the same with any member who fails to comply with justice.