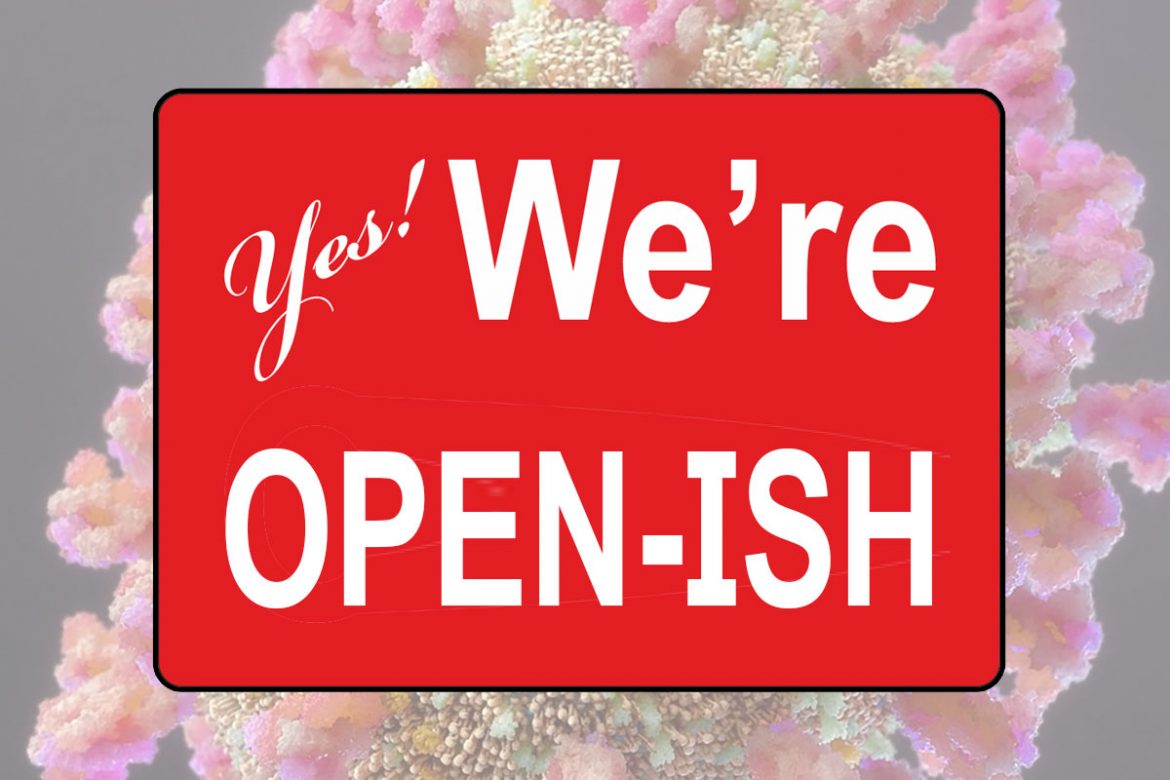 Colombia’s national government and local authorities are considering stricter restrictions amid concerns coronavirus outbreaks could get out of hands, but a lockdown seems out of the question.

President Ivan Duque has consistently opposed lockdowns as the one he ordered in late March last year amid pressure from powerful business associations who fear the financial consequences.

The acting mayor of the capital Bogota imposed a lockdown that took force in the north of the city on Tuesday, but has shown little interest in shutting down the entire city.

Medellin’s city hall said Tuesday it would impose a daily curfew between 10PM and 5AM starting Wednesday until Monday.

Mayors from other cities have are reportedly also considering measures like curfews and liquor bans, but seem to believe this would be enough to prevent uncontrollable outbreaks of the pandemic.

Colombia spared tragedies like those in the UK and US

While the UK has gone on a renewed lockdown after a second wave of the coronavirus threatens to collapse the country’s healthcare system, the situation in Colombia is different.

The Health Ministry did report a record number of infection in late December, but the second wave hitting the South American country is nowhere near as serious as in Britain so far.

The UK is dealing with almost 10 times as many infections as registered by the National Health Service in May last year, which stands in no comparison with the increased number of hospitalizations registered in Colombia. 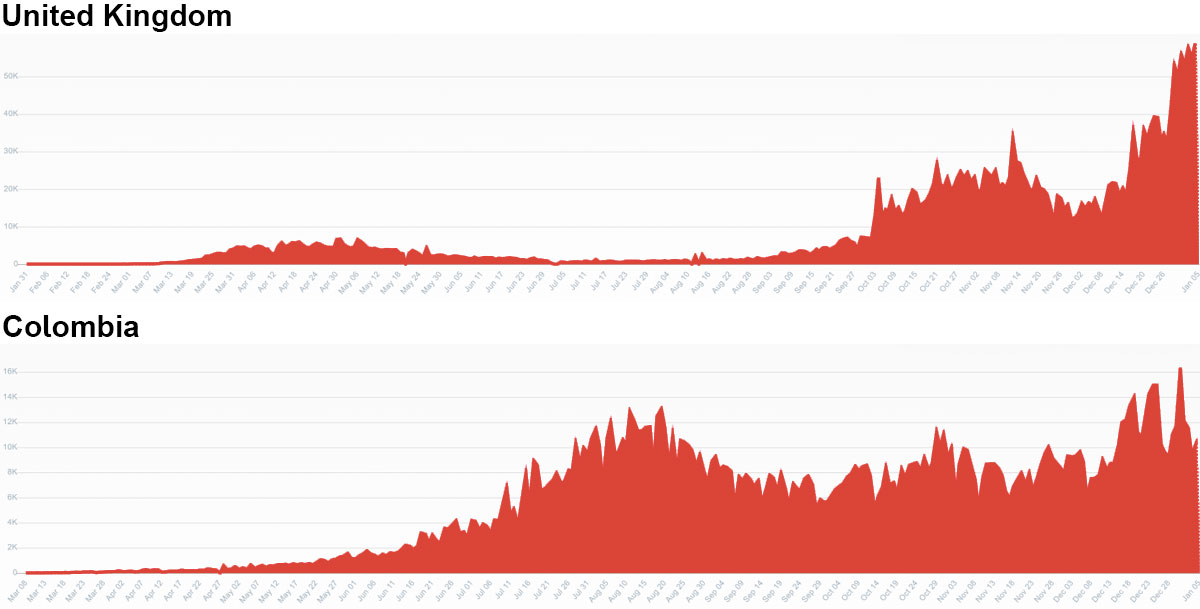 Other countries in South America registered no second wave at all as difficulties to resume international travel seem to have isolated the region, creating a natural buffer protecting the region from the tragedies caused by the virus in the US and Europe.

The economic consequences of the pandemic are causing a social disaster though. With barely a social security system in place, Colombia’s poverty rate has gone from 29% to 34.1%, according to the United Nations’ Economic Commission for Latin America and the Caribbean (ECLAC).

More than seven million people are estimated to be on the brink of starvation, according to the international organization.

The increase in poverty in considerably less than estimated by economic think tank Fedesarollo, which feared the poverty rate would be reaching between 47% and 49%.

The absence of a second wave as extreme as in the US and Europe have allowed many people to go back to work, which registered an unemployment rate of 21.5% in May and 13.3% in November.

This is still four percentage points higher than in the same month last year and unlikely to quickly reach levels from before the pandemic as many small and medium-sized businesses have gone bankrupts and exports have collapsed.