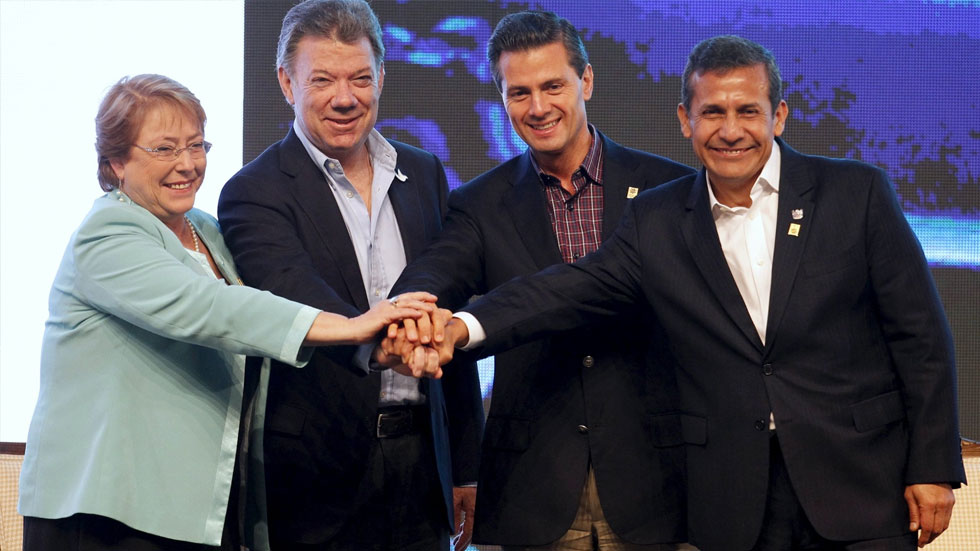 Colombia and neighbors vow solidarity with Mexico amid row with Trump

Mexico’s trade partners Colombia, Peru and Chile have said to side with their regional trade ally in an ongoing dispute with the United States.

Relations between Mexico and the United States have worsened since the inauguration of President Donald Trump, who while on campaign made xenophobic remarks about Mexicans and has threatened to impose a 20% import tax on Mexican products of the United States’ southern neighbor refused to pay $20 billion for the construction of a wall between both nations.

This is the first time a group of nations has openly and formally opposed the United States in its ongoing row with with Mexico about US President Trump’s plans to build a wall on the US-Mexican border.

In the case of Colombia this is particularly extraordinary as it is considered Washington’s main ally in the hemisphere.

“We reiterate our support for Mexico, a strategic ally of the [trade bloc] Pacific Alliance and of Latin America with whom we coincide believing it is fundamental to seek spaces of dialogue and concertation to promote free trade that has created prosperity in the global economy for decades,” a statement by the three heads of state read.

The leaders of Colombia, Peru and Chile warned that “It is absolutely necessary to deepen the existing international mechanisms on the basis of mutual respect and a proactive labor that allows the generation of welfare for our peoples and more equal and integrated societies.”

According to the South American leaders, they are seeking an emergency meeting of the Pacific Alliance, a trade union between Mexico, Colombia, Chile and Peru, “to reflect about the current challenges.”