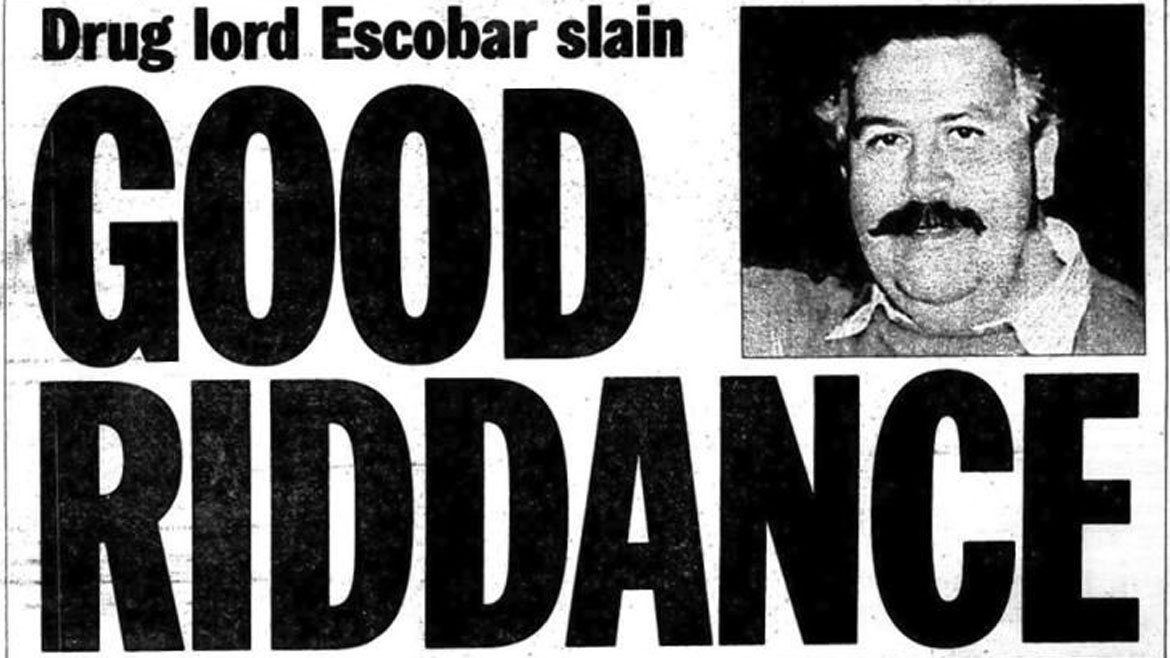 Foreign media are not strengthening Colombia’s democracy or serving their readers’ interests if they replicate government propaganda and ignore society.

Local and national news allow citizens to be informed by showing a wide variety of issues that to a significant extent allows people to be informed about their society.

Foreign reporting, on the other hand, appears to disallow citizens to be informed about what is happening abroad even though globalization brings foreign issues increasingly closer to home.

Two years before the 9/11 attacks on New York City and Washington DC in 2001, the United Nations Security Council unanimously demanded of the Taliban in Afghanistan surrender Osama Bin Laden who had orchestrated an attack on the World Trade Center in New York City before.

Resolution 1267 was barely covered in US media, which allowed both the American people and the US government to relax.

Twenty-five years later, people continue to suffer the catastrophic effects of this, which I believe could have been different.

Medal of Freedom for the Medellin Cartel

Former US President George W. Bush awarded Colombia’s former President Alvaro Uribe a Medal of Freedom in 2009 while it was common knowledge that Uribe was a drug trafficking associate.

In fact, former Colombian Senator Rodrigo Lara warned then-US ambassador William Brownfield earlier that year that “a much more subtle Medellin Cartel is the true ‘power behind the throne’ of the Uribe administration.”

Brownfield told the State Department this was “far-fetched” and preferred the advice of the cousin of late drug lord Pablo Escobar’s, Senator Jose Obdulio Gaviria.

The former ambassador was subsequently appointed the US Government’s drug czar. The subsequent disaster for Americans are about as commonly known as the catastrophic effect of Al-Qaeda’s attacks in 2001.

Colombia cannot afford mafia taking US for another ride

We journalists want to inform you

I know for a fact that my colleagues in foreign country passionately want to inform their people at home about global issues.

Many of us entered journalism because we believe that if you have access to information you will be able to take better decisions that ultimately make your life better.

Some of us additionally believe that if foreign government’s wouldn’t be so fucking stupid our lives would be better too.

The problem is that many news outlets, and foreign desk editors in particular, for some reason believe they know better than all of us.

Colombian President Ivan Duque told the Associated Press on Tuesday that he “has high hopes for the medical marijuana industry,” but that cocaine is a different story.

Every counternarcotics or public health expert knows that Duque is full of shit and was sponsored by drug traffickers ahead of his 2018 election.

For years, observers have reported an unprecedented cocaine production.

You barely read about this because every journalists who confronts the president will never get an another interview and won’t be able to sell their interview to the AP.

For their own survival — my colleagues have to feed you rubbish about Afghan refugees that never came or aerial spraying of coca that never happened while the problems only get worse.

Last year alone, more than 90,000 Americans died of drug overdoses, which is almost a quarter of the people who were killed in Colombia’s armed conflict in the past 50 years.

Many of these deaths were preventable if foreign reporters were able to report on the reality of the drug trade and help identify the root causes that could lead to solutions.

However, this would require a drastically new approach to foreign reporting, specifically at the foreign desks of mass media and news agencies.

Foreign correspondents should be allowed and paid to report on society, and allow civil society to debunk the nonsense of government officials.

Just because some asshole is president doesn’t mean he will inform you, especially if his government is stealing your money.

Your foreign correspondents will be happy to report on this and contribute to solutions, but this is only possible if they are allowed to.