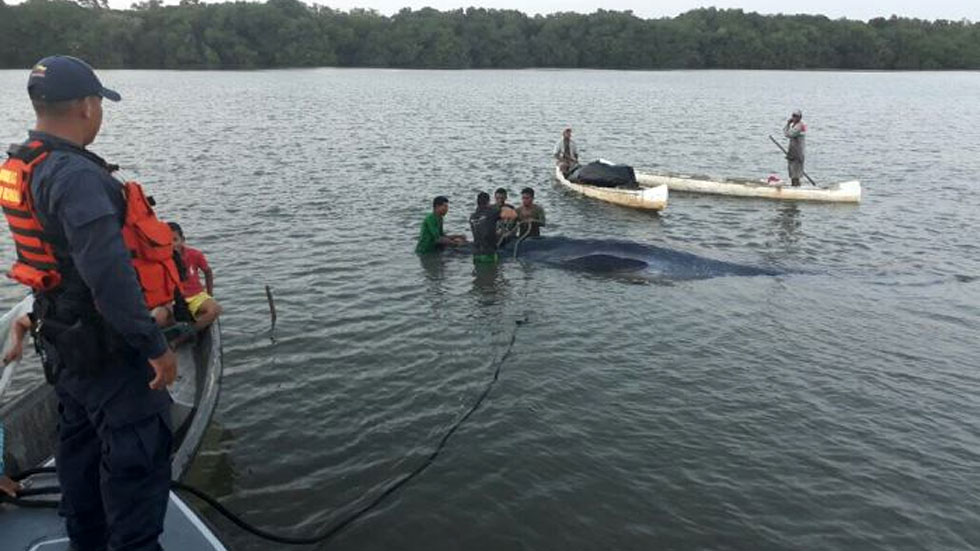 Colombia’s navy reported on Tuesday that it had rescued a whale that had stranded on the coast of the Caribbean tourism hotspot Cartagena.

The 50-foot sea mammal apparently got lost and ended up stranded in the Barbacoas Bay, one of the main sea entries to the colonial city.

According to the Navy, Coast Guard personnel initiated the operation to release the enormous animal and was able to release the mammal with the help of locals of the nearby village of El Recreo.

The locals and authorities needed five hours to move the mammal to deeper waters from where it was able to find its way back to its original course.

The animal would be followed by members of the Navy’s rescue team to make sure the mammal did find its way out of the bay while “avoiding it was done harm” by passing ships.

Whales can be found both on Colombia’s Pacific and Caribbean coastlines.

While those in the Caribbean generally commute to and from the arctic, those on the Pacific side of the continent travel from Antarctica to breed along Colombia’s tropical coastline.