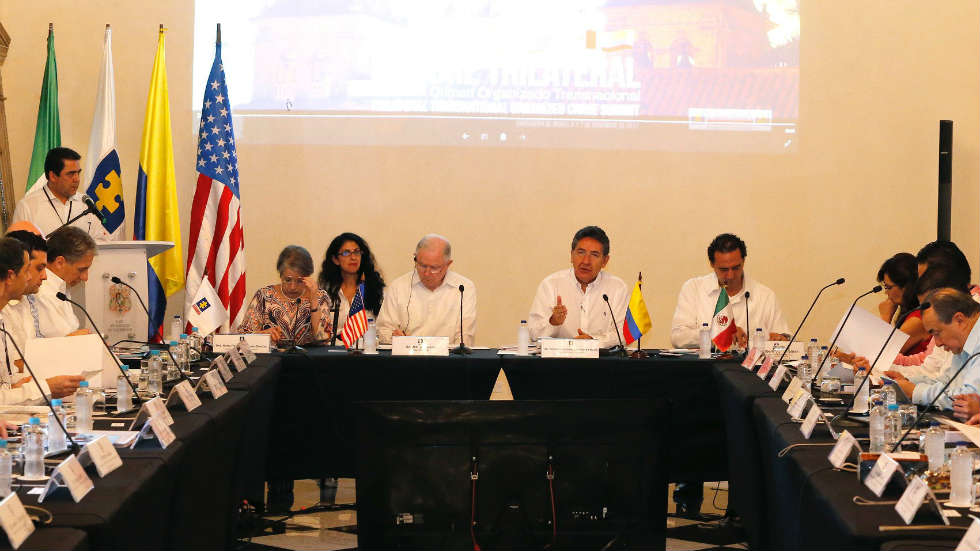 Colombia, Mexico and US vow increased cooperation against crime

The top justice officials from Colombia, Mexico and the United States met on Thursday in Cartagena in an attempt to improve cooperation to fight transnational crime.

Colombia’s Prosecutor General Nestor Humberto Martinez met with his counterparts Jeff Sessions from the US and Alberto Elias from Mexico to “renew the existing commitment to international judicial cooperation and to deepen joint strategies in the fight against transnational organized crime,” according to a joint statement.

In particular, the three countries plan to maximize collective law enforcement capabilities by:

The summit came amid tensions over the so-called “War on Drugs” that is led by the US.

Both Mexico and Colombia have demanded a more humane approach to crime fighting for years.

The Colombian government has called for an increased focus on illegal armed groups involved in the international drug trade, money laundering and gold mining.

“We’re gonna make progress,” Sessions was quoted as saying after the summit.

The administration of President Juan Manuel Santos teamed up with the United Nations last year to curb record cultivation of coca, the base ingredient of cocaine.

Mexico is reportedly ending one of the most violent years in history.

The US is suffering unprecedented levels of drug abuse.