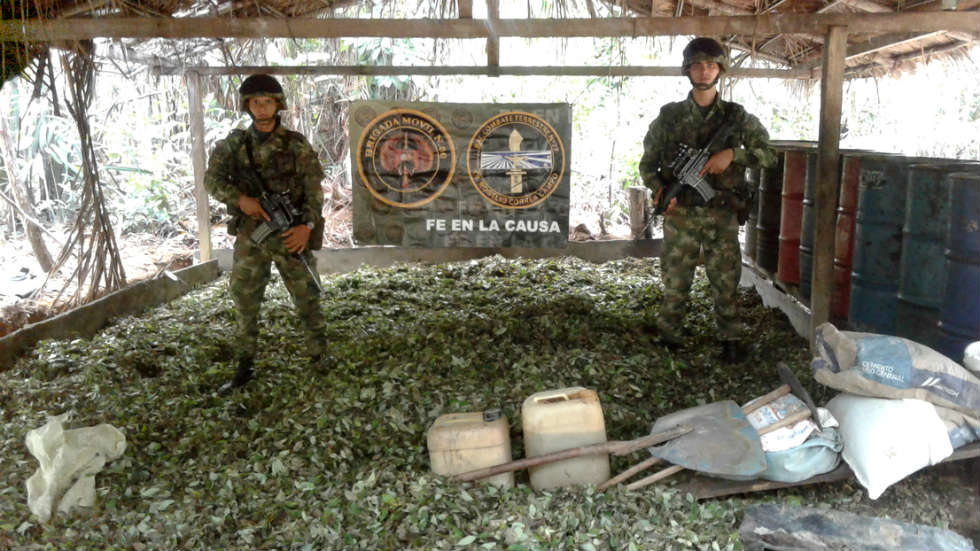 Colombia said it plans to lower targets on the forced eradication of coca after reporting the forced removal of 50,000 hectares ahead of a deadline agreed with the US.

Defense Minister Luis Carlos Villegas said that next year’s target for forced eradication was lowered to 40,000 hectares or 80% of what it was this year.

This year’s target was five times higher than in 2016 and has been controversial because of the human cost of the forced eradication operations that killed at least 10 farmers.

While the minister said to lower the target, US ambassador Kevin Whitaker stressed the need for forced eradication, but noted there is much left to do.

I am very pleased and we will continue alongside the security forces in this effort. The fact is, there is a lot of coca. As I always say, more coca, more cocaine, and more cocaine means more problems in both countries.

Whitaker stressed that there is still “a lot of coca,” and urged the continuation of forced eradication efforts.

The Colombian defense ministry wants security forces to help with the voluntary removal of an additional 23,000 hectares, Villegas said.

These crop substitution efforts will operate separate from similar programs carried out as part of a peace process with Marxist FARC guerrillas.

The United Nations has been involved in the voluntary program since a peace deal was signed with Marxist FARC guerrillas at the end of last year.

According to Post-Conflict Minister Rafael Pardo, the UN is currently verifying the last 15,000 of 25,000 hectares that were reported clear of coca by farming communities since the voluntary program kicked off in May.

The UNODC has been critical of the US-supported strategy, claiming it fails to provide long-term solutions.

The international organization said in its annual drug report that 80% of the territories used for coca cultivation in Colombia in 2016 had previously been eradicated or fumigated.

The violence that has accompanied the US-backed eradication police actions has alarmed human rights defenders. At least 10 farmers have been killed in clashes with police forces in charge of forcibly removing the illicit crop.

Villegas said that four policemen and one soldier were also killed in the operations. Approximately 40 policemen were injured, according to the minister.

The Colombian government has turned to the UN to help with a peace process with demobilized FARC guerrillas that includes rural investment programs aimed at preventing recidivism.

The US has refused to support this program, claiming it could benefit the FARC, which became a Marxist political party in August.

Colombia has been the world’s largest coca grower since the 1990s.