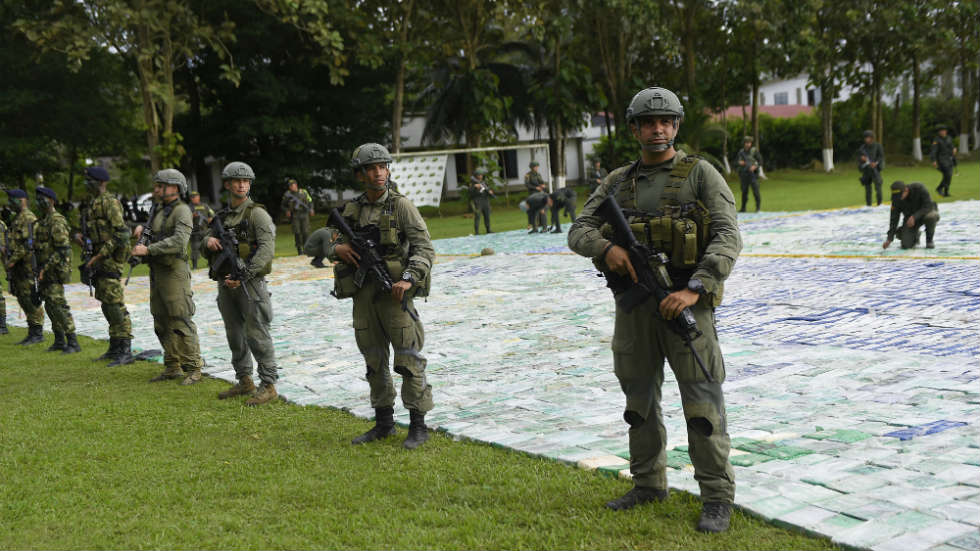 The drug was found in four farms in the Uraba region, home to the Gaitanista Self-Defense Forces of Colombia (AGC), a paramilitary group accused of also being the country’s largest drug gang.

“Thanks to a police operation with overseas intelligence, from friendly countries, the largest seizure in history was made,” Santos said at a police base.

Santos said the drugs belonged to the AGC, called the Gulf Clan by authorities. Police said that four people were arrested in the operations. 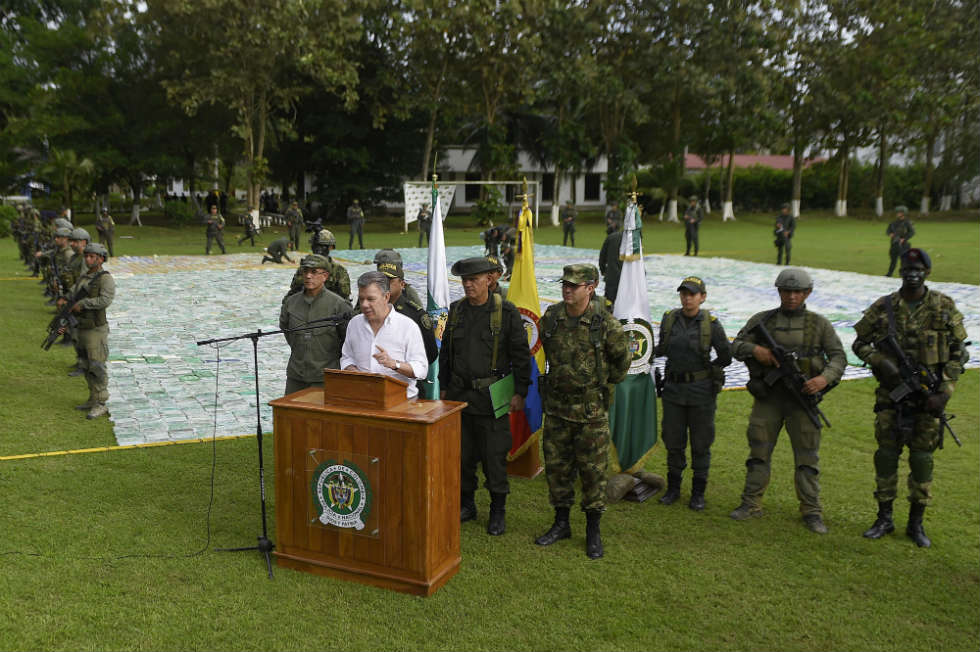 According to Santos, police have seized more than 316 tons of cocaine so far this year. In 2016, authorities confiscated 360 tons of the illicit drug.

Colombia is producing more cocaine than ever before, according to the United Nations, which is helping Colombia trying to curb its decades-old cocaine exports.

According to the international organization, Colombian coca farmers grew enough coca to produce more than 850 tons of cocaine in 2016.

The Colombian government began a new strategy earlier this year that seeks to curb the phenomenon by investing in coca-growing regions that have long suffered government neglect and state abandonment.

Additionally, the government is targeting the groups that use drug trafficking either for criminal or political purposes.

The illegal armed group in return have opposed a peace process with the FARC, the former guerrilla group that used to control much of Colombia’s coca fields.

Colombian drug traffickers have played a major role in the cocaine trade since the 1970s in spite of ongoing international efforts to counter the illicit business.