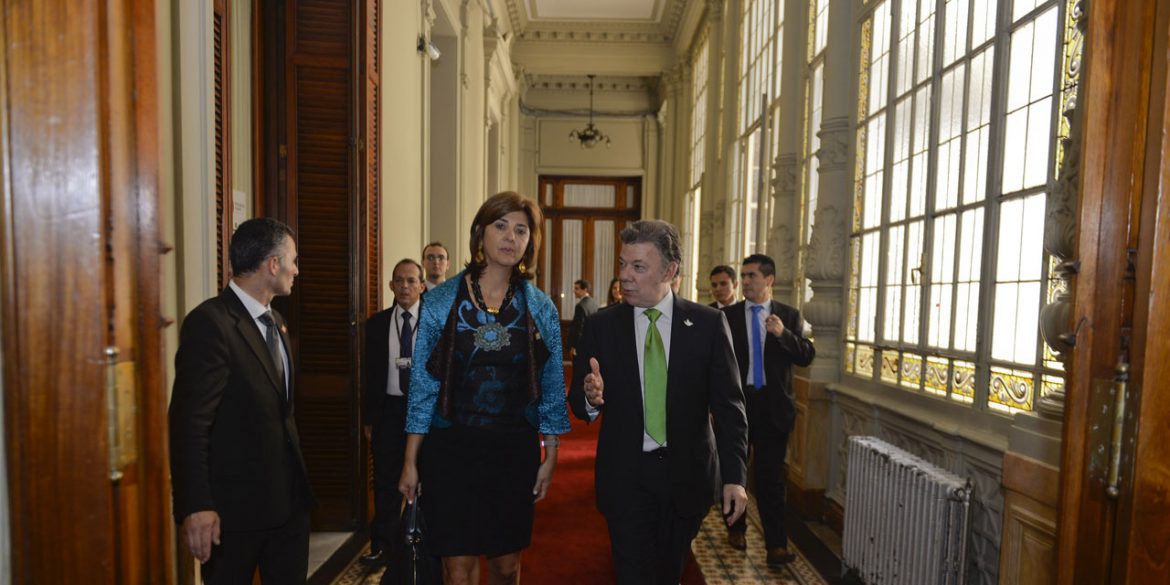 Colombia’s foreign minister said Wednesday that her government would move peace talks with ELN rebels to a different country after the withdrawal of host country Ecuador.

A rogue Colombian guerrilla group killed three members of the Ecuadorean armed forces, and two journalists and their driver in the border region. An Ecuadorean couple is currently held hostage.

Despite the spill-over of violence, Holguin said the Colombian government “has not lowered its guard in the fight against terrorism, on the contrary.”

The foreign minister said she will talk to the remaining guarantor countries to host the talks that began in February 2017.

Moreno’s announcement is the latest of a number of setbacks that have plagued the talks since before they began.

The talks were initially announced a week before Santos’ 2014 reelection, but then took another two and a half years to formalize.

The Colombian government suspended the talks twice in response to guerrilla attacks. The rebels hold the government responsible for the ongoing killing of social leaders in the country.

The group has been trying to overthrow the government since 1964 in an armed conflict in which more than 265,000 people were killed.

Other groups that took part in the armed conflict, the paramilitary AUC and the FARC, demobilized in the past 15 years.

Successor groups, however, continue to terrorize the countryside and border regions as Colombia’s security forces have failed to assume territorial control.