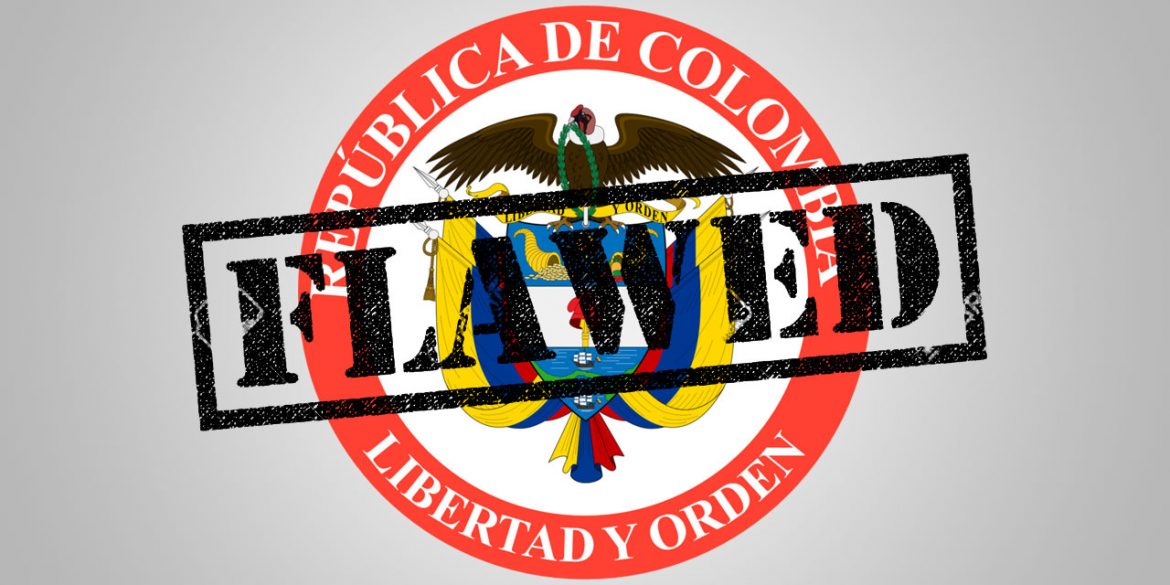 A growing number of Colombia’s inhabitants do not consider their country democratic, statistics agency DANE said.

According to a survey, only 23.8% of Colombians who are older than 18 consider their country democratic. This is 5.5% less than when the same poll was held two years ago.

The majority of Colombians, 59.3%, consider their country somewhat democratic while 16.9% don’t consider Colombia democratic at all.

More than 80% of those polled by DANE said they believed living in a democracy is important.

When asked about their level of satisfaction about Colombia’s democracy, 47.1% said to not be satisfied at all, 33.8% said to be somewhat satisfied and only 16.4% said to be very satisfied.

The dissatisfaction about the country’s state of democracy was particularly high in the capital Bogota where 58.6% said to not be satisfied at all.

According to the DANE, Colombians were particularly negative about the respect for the democratic rights of peasants, followed by minorities and women.

Colombia’s Congress continues to be considered the country’s most corrupt entity, followed by the national government and municipal governments.

Confidence in the country’s watchdogs and private sector is considerably higher, according to DANE.

People who said not to have voted in last year’s general elections did so for a number of reasons that varied greatly per region.

In Bogota, for example, 51.4% of the non-voters said that candidates don’t comply with what they promise. In the Pacific region, which has suffered historic state abandonment, 52.1% said they were not interested.

The vast majority of both voters and non-voters said that the vote-counting process is not transparent enough.