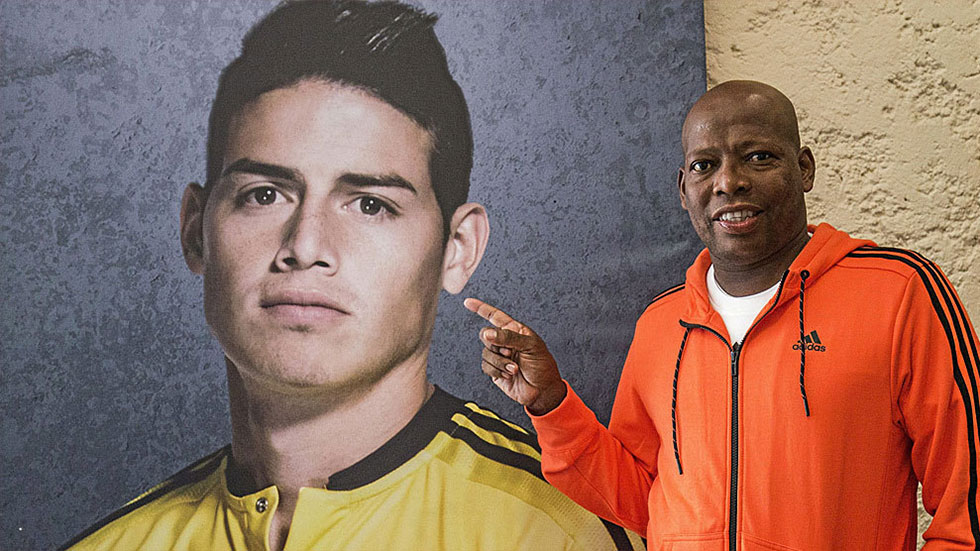 Asprilla who won 57 caps for Colombia criticized the attitude of James towards his own teammates in particular after “Los Cafeteros” 3-0 loss to Argentina on Tuesday citing his close relationship with Ronaldo as the problem.

“Lately what I am seeing from James – who I love and respect a lot – is that his friendship with Cristiano Ronaldo at Real Madrid is damaging him,” said Asprilla.

Asprilla who was part of the golden age of Colombian footballers in the early 1990’s wants to see a dramatic change in attitude from James in order to fulfill his duty as captain and one of the more senior members of the squad.

“The first thing James needs to do is help his teammates improve because he’s playing in a team of youngsters who respect him and no one dares say anything to him,” said the former Parma forward.

“In another team they’d give him a slap. At least in the Colombia side I played in we wouldn’t stand for it,” he added.

James hit the headlines this week for his actions after the final whistle when he confronted referee Roddy Zambrano in the tunnel after his teams’ defeat in San Juan.

Asprilla however believes this is more excusable than the Cucuta-born forwards’ attitude towards his teammates.

“It’s normal to argue with the referee and quarrel with rival players, but with your teammates it’s not,” he said.

“You can quarrel, but doing it because one of your teammates didn’t pass the ball is the ugliest thing you can do as a footballer. He’s picked up that habit from Cristiano Ronaldo, who does it every eight days,” added the former Newcastle United striker.

The defeat to Argentina meant Colombia slumped to sixth position in the qualifying group for the World Cup in Russia in 2018 and with six games remaining an improvement in James performances will be crucial to their chances of a revival in fortunes.

James could do worse than follow the example of his opposite number from Tuesday’s game, Lionel Messi who gave an exemplary display of leadership as captain.