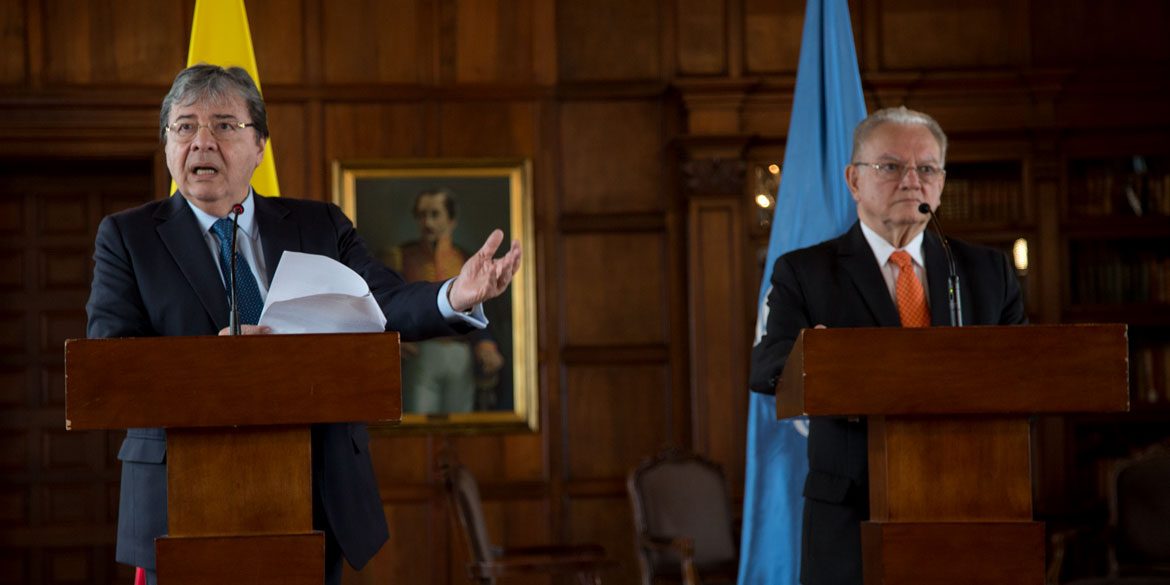 Colombia received only 30% of funds needed for Venezuela refugee crisis

Colombia’s foreign minister urged the international community to step up aid for the approximately 1.4 million refugees from Venezuela residing in his country for the second time on Tuesday.

In a press conference with the UN’s special envoy Eduardo Stein, Foreign Minister Carlos Holmes Trujillo said that foreign countries continue to fall short in coughing up the money needed to attend the growing refugee crisis.

In May, Trujillo said that foreign countries had donated $66 million, or 21% of the of $315 million needed to adequately deal with the crisis.

On Tuesday, the foreign minister said that the international community since the available budget has grown to $96 million “or 30.4% of the projected resources. This means that in almost three months we have received 9.5 percentage points more resources to attend this crisis.”

In other cases the international community has been much more generous. We appreciate the cooperation we have received, but as the number of migrants continues to grow, the demand for services and resources has also increased.

According to Trujillo, the country’s authorities now have $68 to spend per refugee, a fraction of what other countries received to deal with similar mass migration or refugee crises in the recent past.

Stein, who has been in Colombia in October last year to facilitate increased cooperation, confirmed the 70% deficit in the crisis budget and commended the efforts of the government of President Ivan Duque to help the people who have fled the humanitarian and political crisis in Venezuela.

The Colombian government, said Stein, has demonstrated “great solidarity and a response with actions of identification, regularization, health, education and integration” in its attempt to deal with the crisis.

We reiterate our commitment to redouble our efforts to ensure that international attention is translated into very concrete contributions to assist the heroic efforts that countries such as Colombia, which is the most welcoming country, may face in the coming months.

The mass migration from oil-rich Venezuela began in 2015 after a collapse in commodity prices. On some days, tens of thousands of people have crossed the border, often illegally in an attempt to flee the food and medicine shortages in the neighboring country.

The government’s lack of capacity to help Venezuelans is leading to growing resistance in Colombia, which was already failing to attend approximately 7.5 million people who were internally displaced because of the country’s armed conflict.