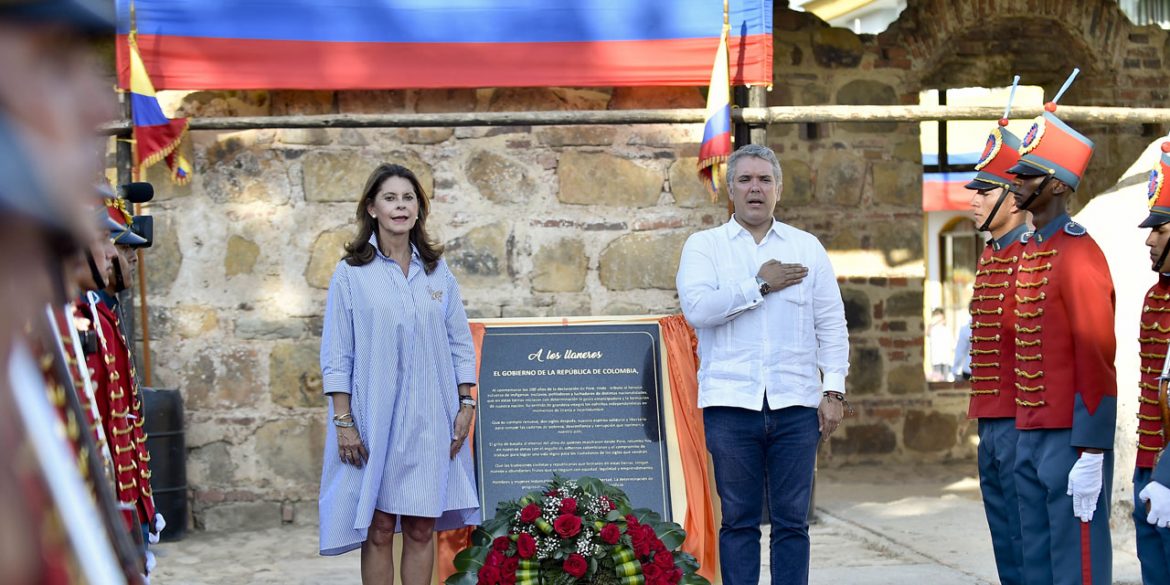 Colombia’s President Ivan Duque kicked off five years of celebrations on Tuesday to commemorate his country’s 200 years of independence from Spain.

It was in Pore that revolutionary generals Simon Bolivar and Francisco de Paula Santander, and the Provincial Congress of the revolution proclaimed their intentions to form a new government separate of the Spaniards in 1818.

Eight years after their initial “cry for independence” in 1810, the revolutionary army left Pore and ultimately defeated their colonial masters during the legendary Battle of Boyaca.

Duque and Ramirez unveiled the official logo of the coming years’ celebration, set to take place all over Colombia, and commemorated the beginning of the bicentennial with a speech and a parade.

Duque and Martinez laid a wreath to pay homage to the “llaneros,“ the indigenous herders from Colombia and Venezuela who worked with Bolivar and revolutionary forces to fight Spanish colonization.