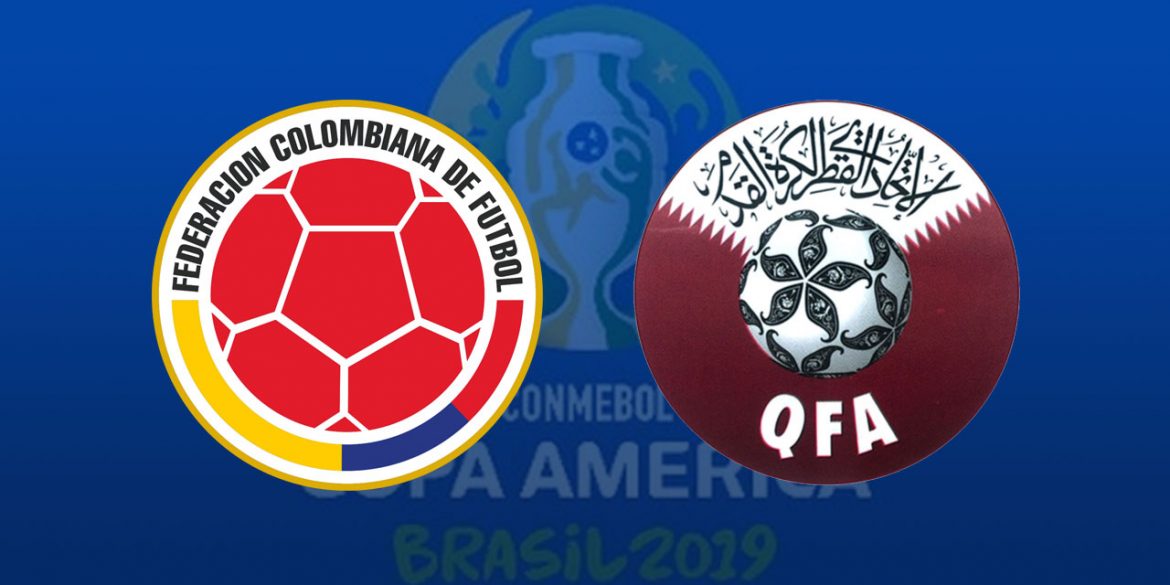 Colombia nailed down a place in the Copa America quarter-finals on Wednesday, edging past Qatar after a late goal from Duvan Zapata broke the Arab side’s stubborn resistance.

It was for long periods a frustrating game for Colombia, who in addition to missing a host of chances had a goal disallowed early on and had two penalty VAR reviews go against them.

All the pre-game discussion centered on the wealth of attacking options enjoyed by Colombia- not many teams in the world enjoy the luxury of debating dropping a player of Falcao’s quality- but until very late on it looked like all their intricate moves and skilful touches would count for nothing as chance after chance went begging.

The delivery quality for Colombia was excellent, but despite their height advantage and endless opportunities the ball just wouldn’t go in. When the contact was good they were straight at the keeper and when it wasn’t they dropped agonizingly wide.

For their part, Qatar played a good game. While technically far inferior to the Colombian side, they were fit, organised and intelligent, executing several heroic last-gasp clearances to keep themselves in the contest. Their keeper, in particular, was excellent.

They also forged a few opportunities of their own as the game went on, although the relentless pressure applied by the Colombian side kept such opportunities at a premium.

It was always going to take a touch of class to prise open the Qatari defense, and who better to apply it than James Rodriguez. From a fairly innocuous central position 30 yards out, 86 minutes in, with almost the entire Qatari team behind the ball, he lobbed the ball behind the defense with the outside of his left boot, taking the entire Qatari team out the game and allowing Zapata to run in behind and flick a delightful header across goal beyond the despairing dive of the goalkeeper.

Barring a couple of late scares, Colombia got through the remainder of the 90 and the 4 additional minutes relatively easily, the final whistle hailing a deserved victory.

Colombia now go into their final game with Paraguay with their place in the knockout stages secure, but will want a victory to ensure they top their group and carry some momentum into the business end of the tournament.