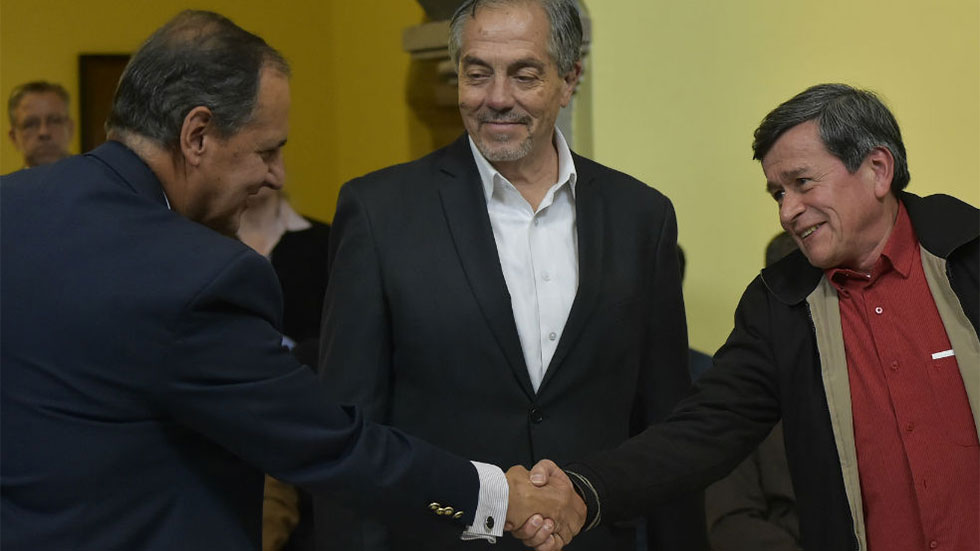 Colombia’s government and rebel group ELN announced on Thursday that they have made a breakthrough agreement on landmine removal.

In their first joint press conference after peace talks began in Quito, Ecuador, two months ago, the delegations announced they would begin working out logistical challenges for an agreed joint landmine removal program.

Additionally, government chief negotiator Juan Camilo Restrepo and ELN chief negotiator “Pablo Beltran” said that during the second round of talks, due to begin on May 3, the warring parties will seek an effective de-escalation of violence.

The demining project is the first humanitarian action agreed on at the talks. Beltran expressed hope that these humanitarian actions and pending agreements to deescalate violence will ultimately lead to a bilateral ceasefire requested by the guerrillas since before the talks.

“We will dedicate a part of the talks to humanitarian actions that in themselves will accumulate to form a cessation of violence. That means we are going to progressively create a climate of peace, to reduce the intensity of the conflict,” said Beltran.

Restrepo said he hoped this bilateral ceasefire, which would effectively end 53 years of violence, would be agreed as soon as possible.

The ELN negotiator announced that “Pastor Alape” and “Antonio Lozada”, two senior members of the demobilizing FARC rebel group, traveled to Quito to synchronize the ELN’s peace talks in Ecuador with the FARC’s ongoing peace process.

The ELN, Colombia’s last-standing guerrilla group, has been at war with the state since 1964.

The conflict that has involved multiple other parties has cost the lives of more than 265,000 Colombians and displaced 7 million.