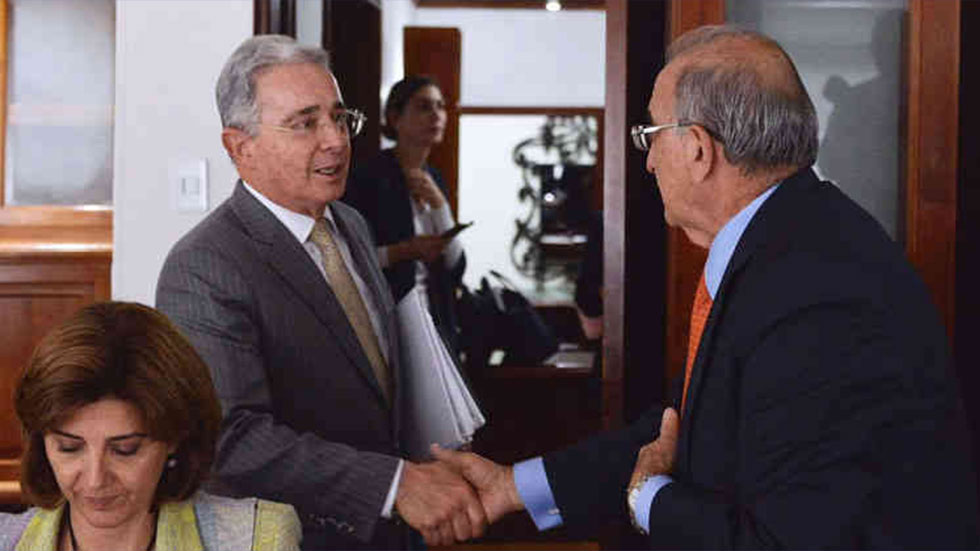 Colombia’s government negotiators ended the first week of negotiations with the FARC and are expected to meet with opponents of a rejected peace deal with the rebels on Saturday to discuss negotiated amendments.

The country’s voters rejected the deal to end 52 years of armed conflict early October, forcing the government and guerrillas to present an amended deal before the peace process can be resumed.

While the FARC negotiators remain in Havana, Cuba, the government team returned to the Colombian capital Bogota on Friday to inform President Juan Manuel Santos on made advances and meet with opponents.

“I have asked the chief negotiator, Dr. Humberto de la Calle, and the Commissioner for Peace, Dr. Sergio Jaramillo, to return today to report to me on progress with the FARC and to attend this and other meetings,” Santos said Friday.

On Saturday, De la Calle and Jaramillo will meet representatives of former President Alvaro Uribe’s Democratic Center party that led the campaign to sink the peace deal in an October 2 referendum.

Of all sectors in society that opposed the public ratification of the initial peace deal, the “Uribistas” have taken the toughest stance after years of refusing to cooperate in the formulation of the pact that seems to end 52 years of armed conflict.

However, their immovable and hard-line opposition has isolated them from more pragmatic opponents, some of whom already have been able to obtain additional concessions from the guerrillas.

Santos has intentionally tried to divide the opposition to the deal to prevent Uribe, who could face prison over war crimes as a result of the peace deal, from taking the lead.

Instead, Santos has prioritized talking to Evangelical Christians, FARC victims and business leaders and has openly dismissed some of the Uribe’s proposals as “unfeasible.”

What the government and “Uribista” negotiators will be negotiating is unclear as neither party has been willing to make any explicit concession.

According to Santos, “everything is already on the table” and “everything has been said.”

Following Saturdays meeting, the negotiators will return to Cuba and will resume negotiations with the FARC on Thursday in, according to Santos, the final stretch of negotiations.

“I have given the instructions that all go in conclave mode to work uninterruptedly and reach a new deal as fast as possible,” Santos said Friday.

The government is in a hurry because the FARC’s demobilization and disarmament process had already been put in motion and was unexpectedly stopped in its tracks and United Nations observers are already on the ground.

Once a new agreement is reached — this time with the inclusion of concerns of thought leaders who had opposed the initial pact — the president can either call a new referendum or send the revised deal to Congress for ratification.

Once either the electorate or congress approved the revisions, the country’s most important peace process since the demobilization of the paramilitary AUC between 2003 and 2006 can be resumed.