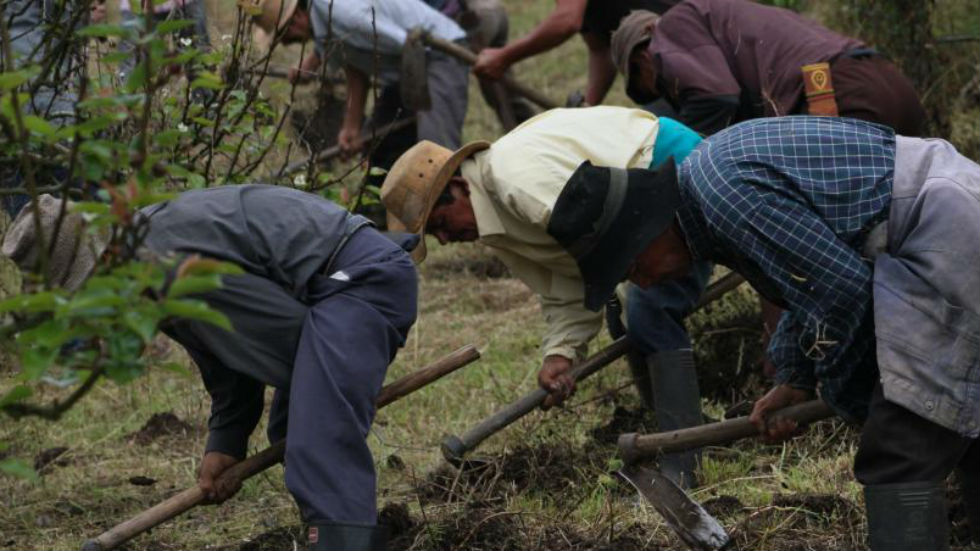 Colombia’s government on Tuesday confirmed that it will roll out a series of rural development projects that will improve infrastructure in the areas that have been hit hardest by the country’s half century-long armed conflict.

The “rescue plan” will be supported by the so called Development Plans with Territorial Approach  (PDET) and will target 170 less developed municipalities in 19 provinces with greater presence of illicit crops.

Specifically the investment, which will be phased in over the next 20 years will improve roads and infrastructure, productive projects, education and rural health, as well as drinking water and basic sanitation in general.

While the plans are not aimed specifically at the demobilizing FARC rebels, the wider approach of rural development will seek to improve economic and living conditions for the population in the countryside, which in turn will be important for the reintegration of the rebels.

The areas that are being targeted have been ravaged by war and require significant government intervention in order for them to make any sort of a recovery.

“There are 170 municipalities, which are divided into 16 sub-regions throughout the country. Even in many there are anti-personnel mines. These are areas that require structural intervention by the State,” said Post-Conflict Minister Rafael Pardo, reported El Tiempo.

Pardo clarified that the aim of the plan is to provide farmers with the infrastructure and the means to move away from illicit crops, which they had relied on during the armed conflict and take on new legal means of earning a living.

“The municipalities that have the most illicit crops will be able to count on roads that will allow them to take out their productions and thus direct them back into legality,” said Pardo.

“The goal is that the 50 kilometers of roads assigned to 51 municipalities with high deficiencies, will be ready in December of this year,” added the minister.

The announcement of the rural development program comes just a week after the United Nations passed a resolution establishing the UN Verification Mission in Colombia for a year starting on Sept. 17, when the mandate of the current mission that has been monitoring the cease-fire and disarmament process ends.

With the assassination of at least 37 social leaders since the signing of a peace deal on December 1 last year, the resolution formalizes an agreement made with the UN Security Council in July that will strengthen protections for demobilizing former combatants.

Rural development is one of the cornerstones of the peace deal and it’s success will be an essential component in the reintegration of former combatants into civilian life in rural Colombia.

The United Nations will play a crucial role in protecting the demobilizing rebels as the threat of attacks from paramilitary groups is constantly lurking in the background.

Rural farmers too have been targets of the groups who are seeking to halt any government crop restitution programs that would interfere with their thriving drug trafficking trade.

The issue of rural development was one of the root problems of Colombia’s armed conflict that saw the FARC first take up arms in 1964.